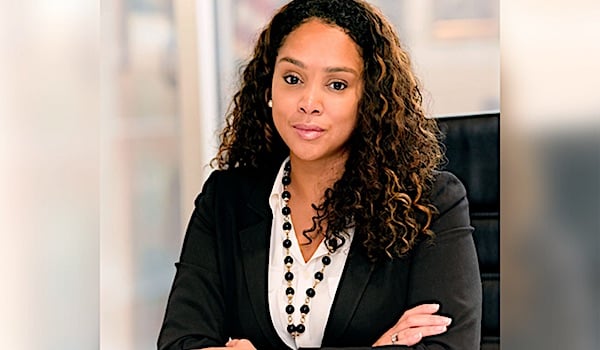 The controversial state's attorney in Baltimore, Marilyn J. Mosby, is facing two counts of perjury and two counts of making false statements based on an indictment from a federal grand jury.

DTCToday reported her appearance in federal hadn't yet been scheduled, but this is the same prosecutor who has faced a long list of scandals in recent years.

She first hit the headlines in 2015 when she overcharged six Baltimore Police Department officers after the death of Freddie Gray, and eventually federal officials declined to prosecute based on "insufficient evidence."

She also was ordered earlier to present all financial documents relevant to tax returns relating to her campaign, as part of a grand jury investigation of her and her husband, Nick.

Another subpoena targeted two churches to check whether Nick Mosby made financial contributions there, and both Nick and Marilyn Mosby were reportedly issued a lien by the IRS following three years of unpaid taxes.

She also was accused of failing to submit at least 15 sponsored trips to the Board of Estimates for approval.

The latest situation stems from her loan applications in buying two homes.

She said she had a COVID-19 hardship and needed to withdraw $90,000 from her retirement account without paying any penalties, even though her salary rose $10,000.

"The indictment also indicates that Mosby secured mortgages for the two vacation homes, totaling over $900,000 in 2020 and 2021, but failed to disclose in the mortgage applications that she owed $45,000 in federal back taxes," the report said.

And, "Mosby claimed that one of the homes would be her primary residence in order to get a lower mortgage rate. According to the indictment, just one week prior she had met with a vacation home management company about renting out the house."

A lawyer for Mosby, A. Scott Bolden, said his client would fight the charges "vigorously" and claimed they stemmed from "personal, political and racial animus…"

Mosby, one among many far-left prosecutors backed by billionaire mega-donor George Soros in recent years, could get up to 30 years for making false mortgage applications.

The Daily Mail reported that on Sunday, Mosby was at Empowerment Temple AME in Baltimore – to be surrounded in a prayer circle, and then being given the podium to speak.

"We can certainly use your prayers. As a family, we are in the fight of our lives. But I stand before you confident and covered, trusting that with God on our side, I believe the fight is already fixed in my favor," she said.

"On Friday, I made a commitment to the citizens of Baltimore that I would not let the distraction of my federal indictment distract me or my team of doing the work of making Baltimore, healthier, safer or more equitable for everybody in our community," she said.

"I am innocent of the charges levied against me," she said.

Mosby had been invited by Rev. Robert Turner, who preached a message in support of her on Sunday. She and her husband were brought up to the front of the church by Turner.

Turner said, "We rebuke the enemy and his attack on their life. The Devil is a liar. We surround her physically now, but spiritually forevermore, as we intercede on her behalf. Lord, we know you bring real justice, the real judge and jury. Protect her and be her advocate in her courtroom."

The Daily Mail reported that, ironically, Turner "continually referred to the charges against Mosby while discussing the biblical account of Jesus forgiving a woman who had been caught in the act of adultery."

The sermon's title was "He dropped the charges."

"One sad fact about today is social media can allow people to be charged — accused — before you ever set foot in a courtroom. As a people of African descent, we have been charged before we even got here. They charged us while we were minding our business in Africa," Turner claimed.

She had run for office as part of a wave of "progressive prosecutors" who insisted they would address "systemic racism." Her work in office has included new policies addressing the state's crime wave, including keeping some offenders out of prison. One of her policies has been to stop prosecuting misdemeanor cases, even as the city saw more than 300 homicides last year.