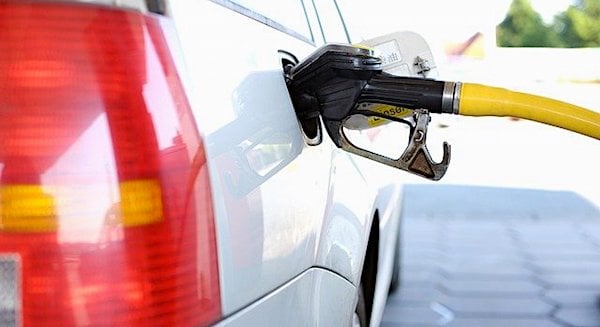 It's been reported that the Consumer Price Index shows costs for consumers now are 7% higher than a year ago, a level of inflation not seen in nearly 40 years.

He claimed the newest report "shows a meaningful reduction in headline inflation over last month, with gas prices and food prices falling," and he said that "demonstrates that we are making progress in slowing the rate of price increases."

US #inflation rises to 7% in December, highest level in 39 years.

It's because the CPI excludes food and energy costs, so the 7% really applies to consumer goods and many others things that, while needed by American families, are not as critical as food and heat.

The Daily Mail reported Biden was trying to "play down" the inflation, by "branding it a 'global' issue."

The problems do include his persistent supply chain failures, leaving some store shelves empty and triggering not-so-inaccurate comparisons to the old Soviet Union's penchant for failing to meet consumer demands.

Biden singled out a minor reduction in gas prices, of 2.2% in December, but ignored that they remained "50% higher than a year ago." And food prices actually were up in December, "making it unclear what falling food prices Biden was referring to."

The Daily Mail noted that for months now, Biden has insisted the inflation is "transitory," without really setting a boundary on "transitory."

The inflation level documented in December actually is the highest level since June 1982.

The publication's own analysis showed that January 2021, the month Biden assumed control of the nation, "is the last time another G7 nation recorded a higher annual inflation rate than the US.

"Since then, the U.S. has far outpaced its peers on price increases, though it is true that most wealthy nations have seen elevated inflation levels as their economies roar back from the pandemic," the report said.

"Joe Biden does not care about the hurt he's brought on millions of Americans – with inflation at the highest level since 1982. Americans are paying the price for Biden's failures, and Biden doesn't care," she continued.

In Biden's own party, Sen. Joe Manchin, D-W.Va., who has had other disagreements with the president, said inflation now is "very, very troubling."

The Federal Reserve is expected to respond to the surge in prices by raising interest rates, but that likely will harm the rates for mortgages, consumer credit and more, the report said.

The Biden inflation numbers hearken back to the conclusion of the "Great Inflation" period from 1965 to 1982, when Ronald Reagan took office and began to address the threat to Americans.

He famously explained, "Inflation is as violent as a mugger, as frightening as an armed robber and as deadly as a hit man," as he took on the problem that had most recently then surged under Jimmy Carter.

Inflation actually cuts into the spending power of consumers and hits low-income Americans the hardest, as they have to pay the high food and fuel costs like the wealthy, only consuming a much larger percentage of their available spending power.

Federal Reserve Chairman Jerome Powell admitted this week already that the supply chain bottlenecks that have been helping to drive up prices have lasted much longer than expected.

Complicating the entire issue is the cold winter weather as well as the latest COVID-19 variation.

On social media, #BareShelvesBiden is becoming more and more popular.