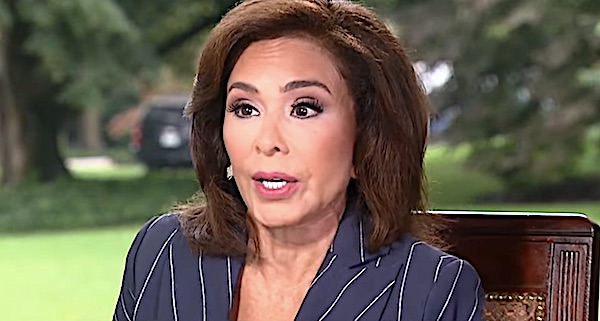 Jeanine Pirro will serve as the permanent co-host of the network’s news program “The Five” while Harold Ford Jr., Geraldo Rivera and Jessica Tarlov will rotate as co-hosts for the show’s liberal contributor spot, Fox News reported.

Pirro joined Fox News in 2006 and will end her weekend show, “Justice with Judge Jeanine,” to focus on her full-time co-host job on “The Five,” Fox News reported.

“’The Five’ continues to be a beloved show by the American audience. Each of the co-hosts are accomplished and insightful talent with diverse opinions and terrific chemistry who will certainly help drive this ensemble program going forward,” Fox News Media Chief Executive Officer Suzanne Scott said Wednesday.

Greg Gutfeld, Dana Perino, and Jesse Watters will continue to occupy their seats on the show, according to Fox News. Pirro is scheduled to begin co-hosting on Jan. 24, the same day Watters will start his “Jesse Watters Primetime” at the 7 p.m. slot.

“The Five” averaged 2.9 million viewers in 2021, topping CNN and MSNBC as the second most-watched show on cable news, according to a Fox Media press release. The show also averaged 3.3 million viewers during the fourth quarter of 2021, becoming the first non-primetime program in history to finish a quarter as the most popular news show.