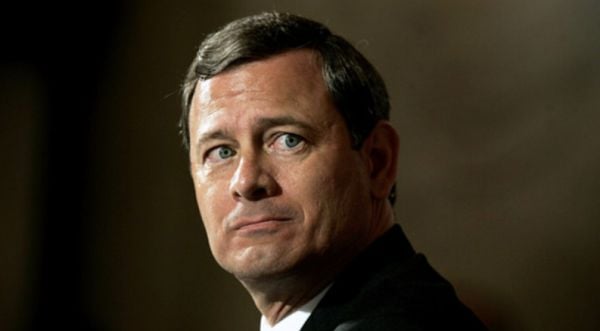 Supreme Court Chief Justice John Roberts on Friday cited the Biden administration's admission that his COVID mandate for Americans is a "work-around," a path that essentially goes around what the law would require or allow.

His comments came as the six-member majority of the court that appear to be more conservative hinted about their decision in the pending case that challenges Joe Biden's demands that health care workers, and workers at large companies, can be forced to accept the experimental COVID shots.

The three liberals on the court, Sonia Sotomayor, Elena Kagan and Stephen Breyer entered the courtroom with an agenda to affirm a decision that would allow Biden to do what he wants.

But their arguments were undermined when Sotomayor blatantly repeated lies about children being on ventilators.

It was Roberts who pointed out that the Biden administration, through the social media comments of White House Chief of Staff Ron Klain, had admitted the mandate was a "workaround" to impose vaccination requirements on Americans.

Fox reported Justice Neil Gorsuch also suggested the federal government was overstepping its authority and Justice Brett Kavanaugh pointed out Congress has yet to pass any type of vaccine mandate.

"This is something the federal government has never done before," Roberts admitted.

Justice Amy Coney Barrett noted one problem is the extent of the rule's impact.

Elizabeth Prelogar, a federal lawyer who argued for Biden's demands, said OSHA "found there is grave harm every day and the numbers are stark," but also admitted the court could take time to make a decision.

Prelogar also alleged that the shots provide "protection" on all fronts, even though the science confirms vaccinated and boosted individuals can be infected, and can infect others.

Joe Biden, who was elected on the promise of shutting down COVID, has failed, and in fact more Americans have died of COVID under his watch than during the first year of out-of-control spread when President Trump was in office.

Mandates have seen varying results in the lower courts as the COVID pandemic has continued.

The Daily Mail said, "The impact of the pandemic was on full display Friday. The hearing was conducted in a building that has been closed to the public for almost two years and two lawyers delivered their arguments remotely after testing positive for COVID-19."

Klain's reference to a "work-around" came as he endorsed the concept that an emergency workplace rule could be instituted even thought the same demand would not be allowed on the general population.

Roberts said, "It seems to me that the government is trying to work across the waterfront and is just going agency by agency. I mean, this has been referred to as a 'workaround' and I'm wondering what it is you're trying to work around," he asked.

The business interests who brought the complaint charge that Biden's mandates are literally disrupting their procedures for a stable workforce.

Biden's mandates are targeted at more than 80 million Americans.