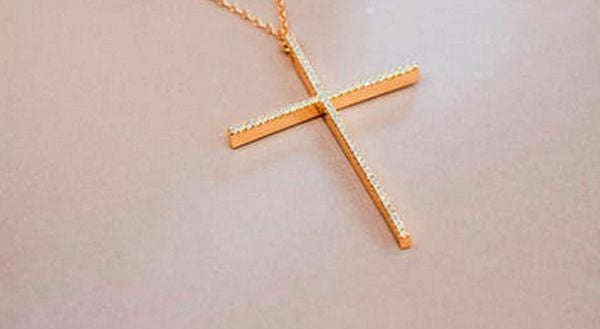 A nurse in the United Kingdom who was humiliated and harassed by her bosses at her work for the Croydon National Services National Health Service Trust for wearing a small cross necklace in recognition of her Christian faith has been exonerated by an employment tribunal.

A report from Christian Concern explained the tribunal decision confirmed the hospital "harassed and directly discriminated" against her.

The case involved the attacks on nurse Mary Onuoha, an attack the tribunal agreed was a breach of her human rights.

"The outcome of the case develops a wider legal principle that employers cannot discriminate against employees for reasonable manifestations of faith in the workplace," explained the Christian Legal Center.

Hospital officials had made multiple claims, including that the cross was an infection risk, and that it violated the dress code.

But the three-person opinion from the tribunal struck down those arguments.

"Applying common sense, it is clear to us that the infection risk posed by a necklace of the sorts the Claimant used to wear, when worn by a responsible clinician such as the Claimant, who complied with handwashing protocol, was very low," they wrote.

Is there outright hatred among many people in power for anything to do with Jesus Christ and His truth?
99% (415 Votes)
1% (3 Votes)

And as for the dress code, the tribunal pointed out there was "no cogent explanation" why such rules could ban a small cross necklace while allowing "rings, neckties, kalava bracelets, hijabs and turbans."

Onuoha was forced out of her job in 2020 after what she was described as a two-year campaign waged against her due to her Christian faith.

The hospital's rejection of her complaint over the unfair treatment, the tribunal said, was "offensive and intimidating. It failed to properly grapple with the complexity of the issues. No real thought seems to have been given to whether it was really appropriate to discipline the Claimant for doing something that in fact many others in the workforce (including more senior colleagues who worked just as closely with patients) were doing unchallenged. Equally, no real thought was given to the Claimant’s point that others were wearing religious apparel in clinical areas and that she should be treated equally to them."

The ruling determined Onuoha was constructively dismissed, without grounds.

The details of the case reveal, in fact, that one hospital administrator interrupted a surgery in which Onuoha was assisting to complain about the cross and order her to abandon the patient and remove it.

Andrea Williams, chief of the Christian Legal Center, explained, "We are delighted that the Tribunal have ruled in Mary’s favor and delivered justice in this case. Shirley Chaplin, who also fought for the freedom to wear a cross necklace 10 years ago has also now been vindicated.

"From the beginning this case has been about the high-handed attack from the NHS bureaucracy on the right of a devoted and industrious nurse to wear a cross – the worldwide, recognized and cherished symbol of the Christian faith. It is very uplifting to see the tribunal acknowledge this truth."

Wililams warned, "Any employer will now have to think very carefully before restricting wearing of crosses in the workplace. You can only do that on specific and cogent health and safety grounds. It is not enough to apply general labels such as 'infection risk' or 'health and safety.'"

The real reason for the hospital's antagonism appeared in a letter she got in 2018, where her "line manager" said, "I offered you a compromise of using a longer chain so your necklace was out of sight but you refused. Please note that the necklace is not only a breach of dress code policy but also a health and safety risk to patients and yourself.

"I do hope you will see that I have tried to support your religious beliefs by allowing you to wear your necklace, but it cannot be visible when you are on clinical duties."

As part of the campaign against her, she was repeatedly demoted, told to move to "non-clinical duties," and investigated, including a demand that she report to duty to be investigated while she was on sick leave, and a threat that "security" would become involved.