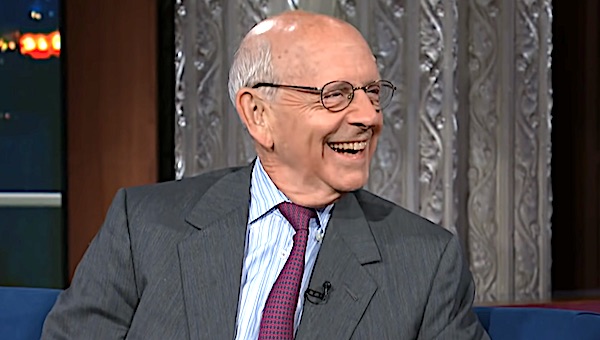 U.S. Supreme Court Justice Stephen Breyer is retiring, giving Joe Biden an open seat on the bench to fill in an election year.

The composition of the high court, however, is unlikely to change much, as Breyer was one of three leftists on the court, and any replacement picked by Biden would be expected to fill that slot in the minority.

Biden, repeatedly, during his campaign to be president, promised to use race and gender as measurements for any Supreme Court nominee, pledging to propose a black woman for the job.

Fox News reported that Breyer is expected to step down at the end of the current Supreme Court term early this summer.

That would appear to give Biden, and his Democrat Party, adequate time to approve a replacement before the 2022 midterms, during which the GOP is expected by many analysts to take the majority in the Senate.

Should they not get the job done before then, any Biden nominee could expect to face a rugged grilling in the Senate, if it then is under the control of the GOP.

Breyer, 83, has been the target of virulent campaigns by leftists to get him to quit. The theory is that he needs to be replaced by someone equally leftist, by a leftist president, to avoid the possibility that a GOP president after 2024 would replace him with a conservative.

Breyer was appointed to the bench by Bill Clinton, a Democrat, some 25 years ago.

At Yahoo News was a report that said, "Breyer’s retirement won’t help Democrats gain much more power on the court, where conservatives now hold a 6-3 majority. But it will help them avoid losing any more of what little power they have."

The report also speculated, "A new justice could alter the court’s approach to some issues, particularly criminal justice, where Breyer was often deferential to law enforcement."

Among the names being mentioned as possible replacements were Ketanji Brown Jackson, who is on the D.C. Circuit Court of Appeals, and Leondra Kruger, a justice on the California Supreme Court.

The retirement announcement comes just as America's abortion industry is awaiting a decision that could overturn Roe v. Wade and return regulation of abortions to the states.

One other name that has been mentioned is Kamala Harris, although it's not come up in a positive way for her. Reports have documented the dysfunction of her office – multiple key staff members have fled in recent months – and Harris' name has been mentioned as a way for Biden to reset his presidency with a new vice president.

Further, she's failed so far to accomplish anything significant on the issues which Biden has handed her, such as the crisis at the southern border, or getting the Democrats' elections-takeover plan passed through Congress.