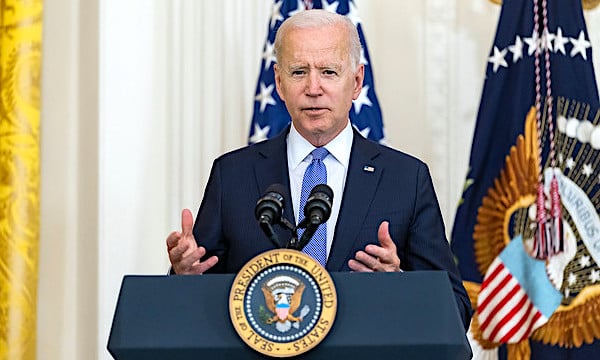 A longtime leftist NBC anchor, Chuck Todd, in recent months has espoused many of the far-left perspectives being promoted across the country today.

Critical Race Theory is a "manufactured" issue, he issued a "disclaimer" before President Trump's media briefing, read a letter comparing people of faith to those who believe in fairy tales, and compared President Trump to O.J. Simpson.

In fact, after citing a recent poll from his own network, according to Fox News, Todd said Biden's very low approval rating shows he's "lost his identity."

And, Todd conclude, Biden is "no longer seen as competent and effective." 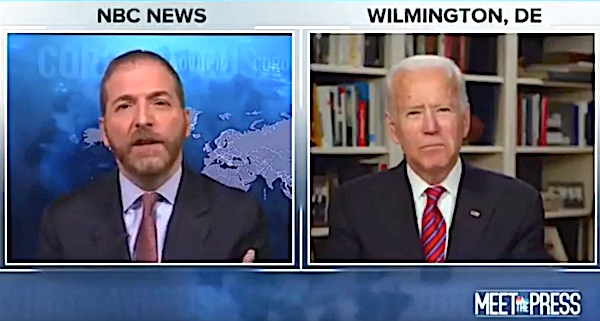 That all could result in a "shellacking" for Democrats in the 2022 elections, he said.

He explained, "President Biden’s news conference on Wednesday was designed to kick off a second year reset of his presidency, recapture his political identity, if you will, but our new NBC News poll suggests Mr. Biden does need a reset because he's lost his identity a bit.

"He's no longer seen as competent and effective, no longer seen as a good commander-in-chief, or perhaps most damaging, as easy-going and likable. In fact, just 5% of adults say Mr. Biden has performed better than expected as president, one of the many lowest firsts and fewest in our poll," he said.

Todd was discussing an NBC tool intended to forecast the midterm elections coming in November.

Two of the three "major indicators," he said, project a "shellacking" for Democrats.

The report explained, "He noted that low approval ratings like Biden's historically led to a big defeat for the party in power, and that the nation's 'wrong track number' was only the third time in history an NBC poll showed such a high number of Americans saying they thought the nation was heading in the wrong direction."

It's actually not the first time Todd has expressed negative perspectives about Biden.

The Western Journal said Todd concluded last fall Biden was at that point struggling with a "credibility crisis" after being wrong on major issues for months.

Todd said then, "Well, look, I think he’s got a pretty big credibility crisis on his hands, because all of these problems in some ways showed up after he said something basically the exact opposite."

Todd, who has been described as a partisan political operative, pointed out that "Biden is almost always wrong," the report said.

"Afghanistan withdrawal: [Biden said it] wasn’t going to be messy, this wasn’t going to look like Saigon. The booster shots: [Biden] came out and he essentially said eight months, and even indicated maybe we should start it as soon as five months. Now, we're not sure if anyone under 65 is going to get a booster shot," he said.

"Of course, the border ... We can talk about the border problems, you could say they’re years in the making, but it’s pretty clear we have a bigger problem now than we’ve had in years, and these policies have turned it into becoming a magnet."

Biden's headaches also stem from inflation, a diminished American stature around the globe, potential conflicts with China and Russia, the failure of his own agenda and more.

Bob Unruh
Bob Unruh joined WND in 2006 after nearly three decades with the Associated Press, as well as several Upper Midwest newspapers, where he covered everything from legislative battles and sports to tornadoes and homicidal survivalists. He is also a photographer whose scenic work has been used commercially.
Worker fired for protesting rainbow image, now all hell breaks loose
City cancels racist policy for police oversight board
IRS loses again in fight over records of anti-Christian scheme
Court rules patient owes $766 on hospital's $300,000-plus billing
Judge determines 2 controversial books 'obscene' for children
See more...