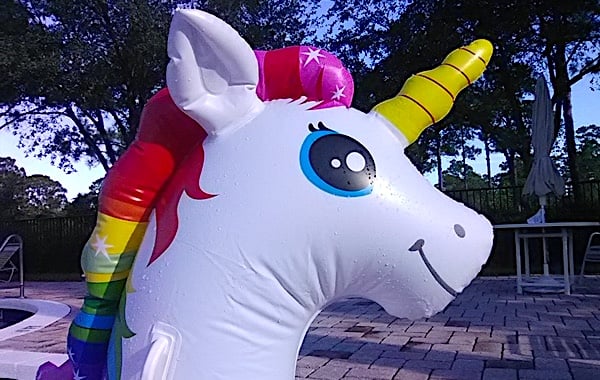 USA Today has triggered a firestorm of reaction by describing pedophilia as "misunderstood," according to a column by Ben Johnson at the Daily Wire.

The article suggested that the attitude, sometimes described by supporters as involving those who are "minor-attracted," is "among the most misunderstood" in America and it is no more than "inappropriate."

What should happen is that it should be the subject of a "destigmatizing" efforts, the report said.

"Pedophilia is viewed as among the most horrifying social ills. But scientists who study the sexual disorder say it is also among the most misunderstood," reported Alia E. Dastagir. "Researchers who study pedophilia say the term describes an attraction, not an action, and using it interchangeably with 'abuse' fuels misperceptions" about pedophiles.

The article said, "When most of the public thinks of pedophilia, they assume it's synonymous with child sexual abuse, a pervasive social problem that has exploded to crisis levels online."

Scientists claim it is "determined in the womb, though environmental factors may influence whether someone acts on an urge to abuse," the report charges.

"It's neurological," suggested James Cantor, a sex researcher. "Pedophilia is the attraction to children, regardless of whether the (person) ever ... harms."

Another psychologist interviewed for the article said there are child molesters and pedophiles and "there's a lot of overlap." But, Anna Salter explained, "not all molesters are pedophiles.

Michael Seto, of the Royal Ottawa Health Care Group in Canada, told USA Today that it is "not something that people choose."

The article explained Salter's "conceptualization of the dynamics of sexual abuse involves a motor and brakes. Many people experience inappropriate sexual thoughts (the motor) but there are brakes (empathy, for example) that keep someone from acting on them. For a pedophile, the motor is their sexual attraction to children, but they can still use brakes to stop from abusing."

And Salter wants more research into "why some pedophiles do not act on their attractions."

Further, the article explained, "An academic at Old Dominion University in Norfolk, Virginia, who talked about 'destigmatizing pedophilia' and referred to pedophiles as 'minor-attracted people' resigned in November following outcry over the phrase. Allyn Walker argued destigmatizing the attraction would allow more people to seek help and ultimately prevent child sexual abuse."

But the Daily Wire's Johnson noted the article was referenced in a Twitter thread, which was deleted, and then the publication made the full article available.

The report noted reactions were bluntly negative in several cases, which one "withering response" stating, "F------ what."

The Daily Wire explained, "Social scientists say the effort to erode the social taboo around pedophilia has been underway for years."

Jennifer Roback Morse, of the Ruth Institute, said its campaign is part of the work going on to create an open sexual lifestyle.