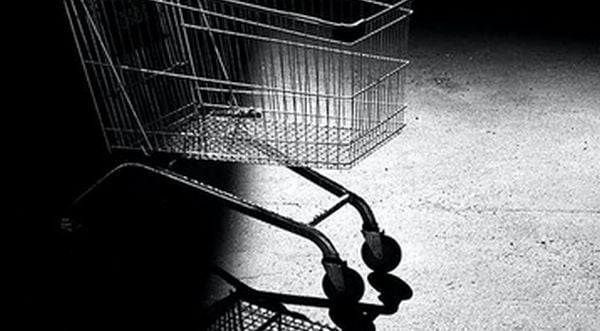 More than three-quarters of workers in the Western United States at a major grocery chain said they suffered from "food insecurity," as defined by the federal government, according to a survey.

"Food insecurity" means they couldn't afford balanced, healthy meals. Half of those who told surveyors they struggled to make ends meet said they had very low food security or sometimes went hungry, reported the Seattle Times.

In addition, 14% of the surveyed workers say they are homeless or have been homeless in the last year.

The survey by the California-based non-profit Economic Roundtable queried more than 10,000 unionized Kroger grocery workers in the Western United States. It was billed as the "largest independent survey of retail workers that has ever been conducted in the United States." Kroger, after Walmart, is the second-largest grocer in the country.

The report is titled "Hungry at the Table: White Paper on Grocery Workers at the Kroger Company."

The Times spoke with a longtime worker for the Kroger-owned chain Fred Meyer in Washington state, Cindy Wilbur, who said she is "three months behind on rent and I'm several months behind in my power bill."

"I have massive anxiety every week when I go to open that check because I know what I need to survive and to eat and I rarely make it," she told the Seattle paper.

The Times noted the survey comes amid record worker turnover across various industries and a 40-year high in inflation.

Kroger issued a statement after the Economic Roundtable report was published, called it misleading. The grocery chain, in its own report, argued the company's Western stores pay a higher average hourly wage and benefits than the retail sector at large.

However, the survey highlights the much broader concern for millions of American workers of record inflation across all consumer goods.

The consumer-price index reached 7% in December, the fastest pace since 1982.