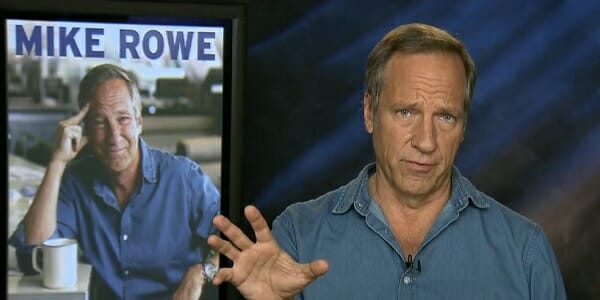 (FAITH WIRE) – Mike Rowe has developed a seriously devoted fan base – an audience that has followed him since the start of his “Dirty Jobs” show in 2003 – and Discovery has just rebooted the series that made him a household name.

During the first iteration of the reality show, Rowe said the surprising element in each episode was always the job he was doing. Now, though, amid a serious labor crisis and an aggressively downturned economy, Rowe is more taken aback by the fact that so few people are applying for these jobs, many of which come with six-figure salaries.

“It’s not the jobs that were surprising this time around,” the award-winning host told Fox News. “It’s something they all have in common, which is difficulty in recruiting. We just had four and a half million people quit their jobs in this country. We’ve got 11 million open positions right now.”