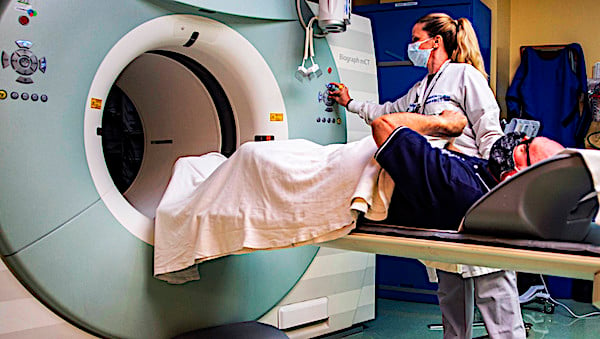 An MIT scientist is warning of possible long-term damage to the brain from COVID-19 mRNA vaccines, saying it's likely there will be an "alarming" rise in several major neurodegenerative diseases.

And that's likely to happen increasingly among the younger population, according to Stephanie Seneff in an academic paper titled "Worse Than the Disease? Reviewing Some Possible Unintended Consequences of the mRNA Vaccines Against COVID-19" published in the peer-reviewed International Journal of Vaccine Theory, Practice, and Research.

Seneff, a senior research scientist at MIT's Computer Science and Artificial Intelligence Laboratory, told Fox News' Laura Ingraham on Monday night it's "outrageous to be giving vaccines to young people because they have ... a very, very low risk of dying from COVID."

"So, they don't get a benefit," she said. "And when you look at the potential harm from these vaccines, it just doesn't make any sense."

And repeated boosters, Seneff added, will be "very devastating in the long term."

The MIT scientist said she has done a lot of research on the subject and is "beginning to understand how the process takes place."

She explained that when the vaccine gets injected into the arm, the "immune cells come in, they take up the vaccine" and "start making spike protein," which is the most toxic part of the virus.

The immune cells rush into the lymph system and many of them end up in the spleen, where they produce antibodies, as designed.

"The problem is that those terminal centers in the spleen are really the place where Parkinson's Disease and other neurodegenerative diseases," she said.

Seneff explained how Parkinson's is generated, concluding "it feels to me like this is a perfect set-up for it."

She was asked what she would say to parents who are being pressured to get the vaccine.

Seneff writes with Greg Nigh that with "the prion-like action of the spike protein, we will likely see an alarming increase in several major neurodegenerative diseases, including Parkinson’s disease, CKD, ALS and Alzheimer’s, and these diseases will show up with increasing prevalence among younger and younger populations, in years to come."