A California mother has accused two teachers in her local school district of trying to manipulate her 11-year-old daughter into adopting a transgender lifestyle – and concealing their agenda from her, the mother.

The Mercury News explained that parent Jessica Konen has submitted a claim against the Spreckels Union School District, a required preliminary to a lawsuit.

The district was accused of "extreme and outrageous conduct" by the teachers that pushed the student "on a path toward transitioning as a boy and drove a wedge between mother and child," the report explained.

Konen charged that two middle-school teachers who ran a club promoting alternative sexual lifestyle choices "planted the seed that her daughter was bisexual in 6th grade and then introduce the idea she was transgender," the report said.

The issues arose after an author quoted the two teachers involved from a conference "about how to run an LGBTQ+ club in a conservative community," the report said.

Konen reported being informed only during a meeting in 2019 when her daughter was in the 7th grade, and she was summoned to a meeting at the principal's office at Buena Vista Middle School.

Konen said she was "blindsided" when teacher Lori Caldeira then claimed the daughter was transgender.

Then, however, when the school went to remote learning during the pandemic in March 2020, and the daughter no longer was under the direct influence of the teachers, she "began returning to her 'old self,'" the report said.

She now uses her original name.

The mother said her started having additional question, though, when an article quoting teachers Caldeira and Kelly Baraki appeared in which they told how to keep meetings private and "stalk" students online for transgender lifestyles.

Those comments appeared in a leaked recording from a conference held by the California Teachers Association.

"When we were doing our virtual learning — we totally stalked what they were doing on Google, when they weren’t doing school work," Baraki said. "One of them was googling 'Trans Day of Visibility.' And we're like, 'Check.' We’re going to invite that kid when we get back on campus."

Caldeira later told the San Francisco Chronicle those quotes were accurate but they were a joke.

The school district now has hired an investigator to review the actions of the teachers.

The mother's complaint is being pursued by the Center for American Liberty on her behalf.

Lawyer Harmeet Dhillon said, "Parents are supposed to have access to all the educational records of their children. The concept that the schools have a right to be running secret, don’t-tell-your-parents clubs and don’t-tell-your-parents programs and actively coaching children how to mutilate themselves, which is you know, not growing your breasts, is certainly not consistent with California law."

A report in the Daily Mail confirmed that the school district even was teaching the young girl how to bind her breasts to keep them from developing. 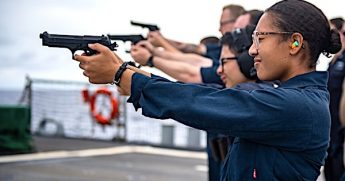