As awareness of the globalist "Great Reset" agenda grows, the worldwide news wire Reuters has decided to publish "fact checks" to dismiss concerns about a secret plot to increasingly shift sovereignty from nation states to global entities and "reset capitalism."

It turns out that any Reuters "fact check" must take into account the fact that the news wire has an official partnership with the purveyors of the "Great Reset," the World Economic Forum.

WEF is known for hosting the prestigious Davos conference in Switzerland, featuring the world's most powerful figures in business, finance and politics. 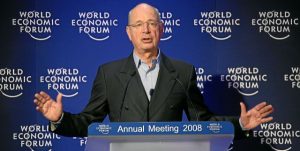 A Reuters fact check in December missed the core concern about the "Great Reset" when it pointed out that it is not a secret plot. Its critics, in fact, agree that it's an open plot to "reset capitalism," with its own web page.

The fact check focused on invitations for Dutch politicians to the WEF virtual summit that was held this past week.

Reuters said the invitations "have been misrepresented online to claim they are 'leaked' letters and evidence of secret collusion between the Swiss organization and the Dutch government to push 'The Great Reset,' a proposed economic plan at the centre of widespread conspiracy theories."

Earlier this week, another Reuters fact check addressed an hour-long documentary that suggests "world leaders and society’s elite are working together to create a world with 'harsh tyrannical rules governed by a centralised totalitarian state.'"

Despite repeated misinformation being shared online about the "Great Reset”, this sustainability plan proposed by the World Economic Forum is not a secret plot to end private property or create a totalitarian state. Read more here: https://t.co/8IkEIoulCU, https://t.co/m3vsZKiONT pic.twitter.com/I4r1yjSaf4

However, WEF founder and Executive Chairman Klaus Schwab made it clear in June 2020 that the COVID-19 pandemic should be exploited as an opportunity to advance the globalist agenda promoted by his Davos conferences, which have pushed for numerous proposals, such as a worldwide carbon tax, to redistribute wealth and shift sovereignty from nation states to global entities. Schwab wrote that "the world must act jointly and swiftly to revamp all aspects of our societies and economies, from education to social contracts and working conditions" and bring about a "'Great Reset' of capitalism."

Schwab has given a prominent place in recent Davos events to Chinese Communist Party leader Xi Jinping, having Xi lead off the conference one year ago and again this week. In his introduction of Xi on Monday, Schwab said the world "must narrow the gap between the rich and the poor to achieve more sustainable global development."

As WND reported, kicking off WEF's Great Reset initiative in January 2021, Schwab commended China for its "many initiatives" undertaken "in the spirit of creating a world where all actors assume a responsible and responsive role."

"Mr. President, I believe this is the time to reset our policies and to work jointly for a peaceful and prosperous world," Schwab said to Xi.

WEF and its allies advocate "stakeholder capitalism," meaning that rather than pursuing profits, companies would "pursue the wellbeing of all people and the entire planet." 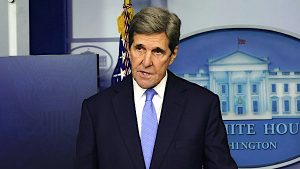