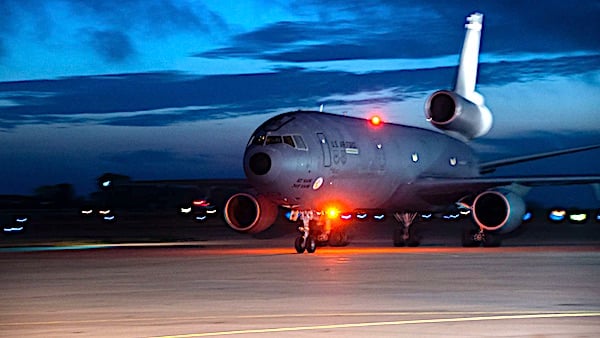 White House spokeswoman Jen Psaki says Joe Biden has no plans to use the U.S. military to help evacuate Americans from Ukraine should Russia invade and there suddenly be an active war on the ground.

The threat is similar to what happened in Afghanistan, when Biden abruptly pulled the U.S. military out, leaving behind hundreds of Americans and thousands of U.S.-supporting nationals, as well as billions of dollars in American war machinery.

The result of Biden's actions in Afghanistan, according to Human Rights Watch, was that those who helped America were being hunted down and executed by the terrorists of the Taliban, who took over when Biden had American soldiers flee.

HRW confirmed at that point several weeks ago that at least 100 victims had been executed so far.

Now Psaki, in a news briefing, according to the Daily Wire, has confirmed there are not plans to use the military to help Americans flee Ukraine.

She was asked, "If Americans are still in Ukraine, and things start happening with Russia, are they pretty much on their own?"

"Well, we are conveying very clearly now that now’s the time to leave and that there are a means to do that. Of course, there’s commercial airlines, you can depart over land. There’s obviously the embassy there to provide assistance. And this is very similar to what we did in Ethiopia, Kazakhstan, and many other countries over the course of the last several decades.

"But there is not an intention or a plan for any military evacuation," she said.

REPORTER: “If Americans are still in Ukraine and things start happening with Russia, are they pretty much on their own?”

PSAKI: “There is not an intention or a plan for any military evacuation.” pic.twitter.com/oHX5XBCy98

Commentators jumped on her statements, with John Cooper of the Heritage Foundation explaining, "Russia has been massing for weeks, and now the Biden administration is telling Americans stuck in #Ukraine that there's nothing they can do to get them out. This administration is criminally incompetent."

Ben Shapiro of The Daily Wire said, "Probably he’ll get everyone out. I mean, it’s not like there are still Americans stuck in Afghanistan or something."

Karol Markowicz of the New York Post said, "We’re just going to make leaving Americans in war zones an ongoing thing, huh. I remember, in my 20s, arguing with someone that one of the great benefits of being an American was that no matter what, and no matter where, my country was going to come get me. Whoops."

The Biden administration has been telling Americans in Ukraine to leave now.

The issue of Biden leaving Americans and America-supporting nationals behind to the terrorists of the Taliban still reverberates.

The Daily Caller News Foundation also revealed that a Taliban official was open about the terrorist group's plans to return harsh punishments to the country.

Mullah Nooruddin Turabi, who previously served as the Taliban’s justice minister and is now serving to enforce its extreme interpretation of Islam, told the Associated Press that the country will be ruled under strict Islamic law and return to executions and cutting off hands.

Some private organizations have been working to evacuate those Biden left behind from Afghanistan, and they hold details of their work closely, so as not to endanger those at risk.

A commentary from the New York Post accused Biden of simply telling "neverending lies" about those he abandoned.

"Before his utterly botched Aug. 30 withdrawal of American troops from Afghanistan, President Biden made a solemn vow: 'If there are American citizens left, we’re going to stay until we get them all out,'" the commentary said.

"Not only did he break that promise, we’re still learning just how badly he failed: Thousands upon thousands remain stranded," it said.

It cited Foreign Policy magazine "that the State Department believes as many as 14,000 United States legal permanent residents remain in Afghanistan."