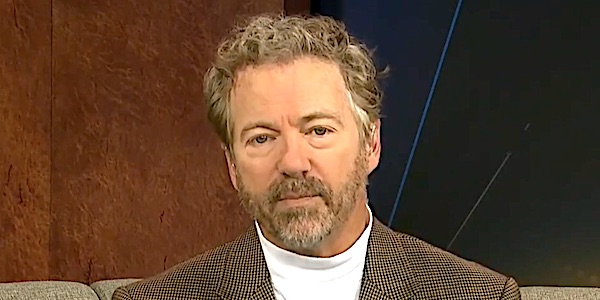 (FOX NEWS) – U.S. Sen. Rand Paul, R-Ky., a physician who has been a vocal opponent of many coronavirus-related policies and positions espoused by Democrats, spoke out Friday night on "The Ingraham Angle" about what he views as blatant government overreach, especially by local politicians in the nation’s Democrat-run cities.

U.S. SEN, RAND PAUL, R-KY: "The bottom line is this pandemic will end when we quit telling people to get tested who are not sick – that’s the first thing that has to happen – and it’s also going to end when people economically resist. They’ve shut down D.C., they’ve unilaterally just ruined the city of D.C. You can’t come there as a tourist, you can’t tour the Capitol and now you can’t go to restaurants.

"Well guess what: When the restaurant owners finally push back, when they march in the streets and when we all tell people to take a flying leap, you’re not going to come in my restaurant and force any mandate, that’s when this will end. But it’s going to take resistance, economic resistance, by restaurant and hotel owners in these blue cities where Democrats are forcing these mandates."