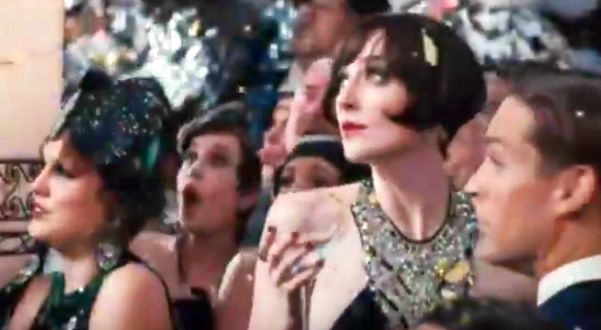 On New Year’s Eve of 2019, revelers gathered around the globe to ring in a new decade. Many jubilantly attended “Roaring Twenties” parties, adorned in elegant evening wear, cloche and Panama hats, and knickerbockers, harkening back to an exciting, culturally vibrant era of economic prosperity. But whatever veiled hopes partygoers had for a booming future soon met jarring realities: a once-in-a-century pandemic, global lockdowns, an economic recession, and widespread civil unrest stemming from an incident of police brutality. The Roaring 2020s were not to be, it seemed.

Take heart: Mark P. Mills, a physicist, senior fellow at the Manhattan Institute, faculty fellow at Northwestern University, and a partner in Montrose Lane, an energy-tech venture fund, is out to rekindle our collectively dashed hopes. In his new book, The Cloud Revolution: How the Convergence of New Technologies Will Unleash the Next Economic Boom and a Roaring 2020s, Mills convincingly argues with verve, vitality, and – most importantly – evidence, that humanity is about to take a great step forward in the coming decade. And unlike the first Roaring Twenties, these won’t need to end with a Great Depression.

In the opening pages, Mills reminds us that the original Roaring Twenties didn’t start off so auspiciously, either. In fact, separated by a century, our situation seems eerily similar. The 1918 flu pandemic ran well into 1920, triggering a severe U.S. recession that lasted through summer 1921. Violent riots and political instability were also prevalent. Yet from this pit of public despair, Americans pulled themselves out. Propelled by remarkable advancements in mass production, medicine, electrification, communications via telephone and radio, movies, automobiles, and aviation, the United States saw its GDP rise by an astounding 43% between 1921 and 1929.

We’re now in store for a similar wave of growth, Mills says. “What comes next will likely be more consequential than the comparable technological flourishing that began in the 1920s. We will again see a boost to the economy’s productivity, which always increases overall wealth. The ‘rising tide’ does ‘lift all boats.’ The future will repeat a central pattern of the past. The 25 percent in the near future will live like the 5 percent today, and the future 5 percent will live like today’s 1 percent, and so on.”

The key driver of this collective boon will be the Cloud, Mills says, along with the knowledge and technologies it spawns. The most basic definition of this nebulous term is software and services run on computer servers in data centers accessed via the Internet. But the Cloud is much more than just Netflix, Google Drive, and Apple iCloud. It democratizes technology as never before, connecting everyone and everything, allowing unprecedented gathering and splicing of information. Cloud datacenters – the new tech era’s “digital cathedrals,” as Mills calls them – now occupy vastly more space than skyscrapers, formerly the hubs for business and innovation. The most powerful Cloud supercomputers are now 3 million times more powerful than the top machine of 1990, and they already fuel the discovery of new materials and medicines, as well as powering machine-centered manufacturing.

The Cloud, Mills argues, brings together the three foundational spheres for technological revolution: “the means for gathering and propagating information, the means (machines) of production, and the class of materials available to do everything.”

Mills offers copious examples of recent advancements in these three spheres. He lists numerous discoveries currently relegated to esoteric academic journals; any of these innovations could profoundly affect our everyday lives soon without us really noticing.

Those effects take center stage in the final section of Mill’s book. The arenas of work, health, education, entertainment, and science will all profoundly change in the near future, he writes. Services and manufacturing will be robotified, but doomsday predictions of mass unemployment will not happen. Luddites, who fret that more-efficient machines will replace them in their jobs, have always been wrong. Efficiency doesn’t eliminate jobs in the long-term; it drives job growth. “The reason productivity expands wealth is that it’s the only means for liberating human time, the most precious commodity in the universe,” Mills writes. When humans have more free time, they educate themselves, innovate, and create new industries – such as, for example, entertainment industries in cloud-based gaming or the metaverse. Moreover, the Cloud will enable more people around the world to obtain more education.

At the same time, big data, stored and analyzed in the Cloud, will lead to new breakthroughs in health and science. Research that once took months or years in fields like medicine and materials science can now be done in mere hours or days with A.I. algorithms available via Cloud supercomputing.

“We do in fact live in a time of a new normal,” Mills writes. “But instead of our future being one of perennial slow growth and technological stagnation, it will be just the opposite.”

What could get in the way of this optimistic view? What could spiral a new Roaring Twenties down into a second Great Depression? Mills sees China and climate change as the biggest dangers, primarily because they are linked with thinking, business practices, and government policies that encourage controlling or even limiting growth and innovation.

“Whether societies ultimately prosper by taking advantage of what technology offers depends on having a culture that encourages free thinking and risk taking, and it depends on a government that allows markets to operate, even when some outcomes are less than ideal,” Mills writes.

The Cloud Revolution is indeed a liberating book. Mills succeeds in infusing readers with refreshing, evidence-based optimism for the future. Here’s to the new Roaring Twenties.