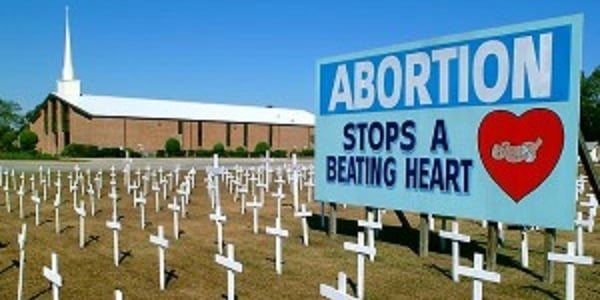 Legal abortions since 1973 are now estimated to have risen to approximately 63.5 million (63,459,781), according to recently published totals from National Right to Life (NRTL). The staggering number averages out to 1.3 million babies violently killed annually by abortion in the past 48 years — over 3,500 each day since the infamous Roe v. Wade Supreme Court decision forced legalized abortion upon every state in the nation.

NRTL’s 63,459,781 (63.5 million) total was tallied using data published by the Guttmacher Institute for the years 1973 through 2017 (the latest published report). Guttmacher’s totals tend to be more comprehensive than those of the Centers for Disease Control and Prevention (CDC). NRTL additionally estimated abortion numbers for each year from 2018 to 2021 to arrive at its grand total of lives lost to abortion.

Every abortion represents the death of a unique preborn human being

To give some perspective, 63.5 million lives is equal to the majority of the populations of California and Texas combined. It also represents slightly more than 83% of the total number of children who were registered in school (76.4 million) in 2017, according to the CDC, and 19% of the entire U.S. population, which the U.S. Census Bureau projected had reached 332,403,650 on Jan. 1, 2022.

How abortion data is collected

Two national groups collect data on abortion, and there are a number of differences in the two reporting agencies.

The Centers for Disease Control and Prevention collects information provided by states which voluntarily choose to report. But due to a wide variety of state requirements on abortions, the CDC fails to account for every state. The CDC’s latest report for 2019 recorded 629,898 abortions from 49 reporting areas (47 states, the District of Columbia, and New York City, excluding California, Maryland, and New Hampshire).

Under “methods” of the 2019 report, the CDC states, “In most states and jurisdictions, collection of abortion data is facilitated by a legal requirement for hospitals, facilities, or physicians to report abortions to a central health agency (12); however, reporting is not complete in all areas, including in some areas with reporting requirements (13). Because the reporting of abortion data to CDC is voluntary, many reporting areas have developed their own data collection forms and might not collect or provide all the information requested by CDC. As a result, the level of detail reported by CDC on the characteristics of women obtaining abortions might vary from year to year and by reporting area.”

“According to the CDC, the percentage performed with chemical abortifacients like mifepristone rose from 9.6% in 2004 to 43.7% in 2019,” NRTL wrote in their summary.

To date, the CDC reports that approximately 18% of all pregnancies in the United States end in induced abortion.

The Guttmacher Institute, a former “special affiliate” of Planned Parenthood, tends to be more comprehensive since it gathers information from a number of contacts within the abortion industry. The latest published data on abortion numbers by Guttmacher is from 2017, where the Institute recorded 862,320 abortions that year, or 2,363 every day.

Guttmacher has not stated why its published abortion data has not been updated from four years ago.

Based on just Guttmacher’s published numbers, Live Action News has previously documented how many lives have been lost to abortion by generation. Read that report here.

Abortion rate has fallen significantly in past decades

While the numbers are staggering, raw abortion numbers, along with the abortion rate and ratio, have fallen significantly in past decades.

An analysis of Guttmacher’s latest published report for 2017 by Dr. Michael J. New, visiting Assistant Professor of Political Science and Social Research at The Catholic University of America and Associate Scholar at the Charlotte Lozier Institute, revealed that the abortion rate was actually lower in 2017 than what it was in 1973. Overall, Dr. New reported that the abortion rate in 2017 was 13.5 abortions per thousand women of childbearing age. In addition, he noted that in 2017, the U.S. abortion rate had fallen by over 53% since its peak in 1980.