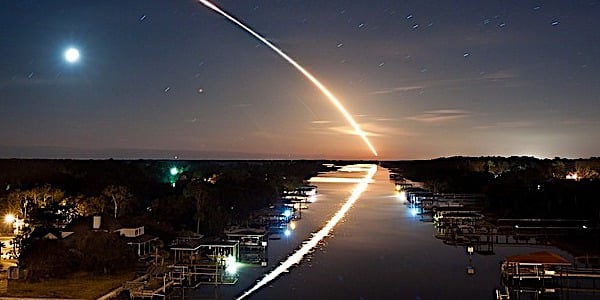 (Image by laocaohenmang from Pixabay)

“The loud explosion heard over SW PA earlier may have been a meteor explosion,” the U.S. National Weather Service tweeted Saturday, posting an image showing a flash of light it claimed was “not associated with lightning.”

“No confirmation, but this is the most likely explanation at this time,” the agency said.

“We have confirmed that there was no seismic activity and no thunder/lightning,” the officials said.

Several Weather Service scientists told The New York Times that the most likely explanation for the noises and vibrations was that a meteor exploded in the atmosphere above Pittsburgh and was vaporized.

“Our guess was potentially a meteor,” Weather Service meteorologist Jenna Lake told the NYT, adding that it is the “only thing besides aircraft incidents that would have been known occurrences and could have caused that type of sound.”

Pittsburgh-based meteorologist Chris Leonardi told the NYT that he believed the meteor either “exploded or vaporized” as it approached the Earth’s surface.