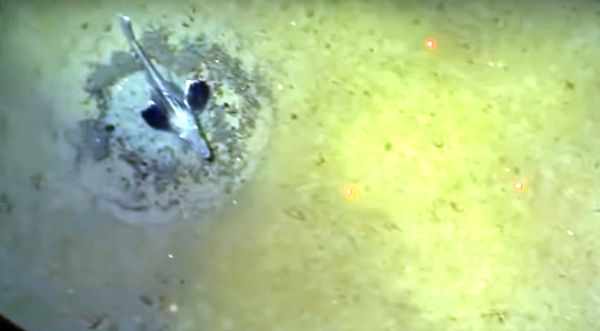 Scientists aboard an Antarctic research cruise discovered a densely populated breeding colony of fish underneath the ice of the Weddell Sea in Antarctica, spanning more than 90 square miles, Science reported.

“We had no idea that it would be just on this scale, and I think that’s the most fantastic thing,” Mark Belchier, a fish biologist with the British Antarctic Survey, told Science.

A large German research ship found thousands of large fish nests containing up to 2100 eggs when it broke through the sea of ice in February 2021, according to Science. “It was really an amazing sight,” said Autun Purser, a deep-sea biologist who led the ship’s imaging.

Related imaging efforts captured even larger nests and over 12,000 adult icefish, Science reported. Icefish reportedly build their nests by scraping gravel and sand with their fins, and only a few of the nests have been viewed before the latest discovery.

“I certainly was unaware of the fact that they just build across this huge scale—more like seabirds and penguins on land or ice,” Belchier told Science.