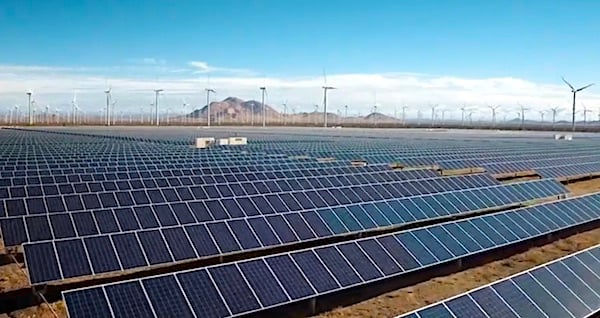 Several states, notably California and Florida, are proposing major changes to how household solar installations are compensated by their local electric utilities. Utilities complain that customers with solar power installation are paid too much for the electricity they generate, forcing other customers to pay more. Customers who installed solar are complaining that utilities and regulators have engaged in “bait-and-switch” tactics, encouraging them to adopt solar with generous payments and then changing the rules afterward.

Both complaints are valid.

The issue stems from something called “net metering.” In essence, when a homeowner’s solar PV system is producing power, the homeowner’s electric meter can run backward. A second meter keeps track of the actual kilowatt-hours being generated by the PV system. Under net-metering, the customer’s electric bill is based on the net reported electricity consumption. Customers are also based on how much solar power their system produces during the month.

For example, suppose a homeowner normally would use 500 kWh over the month. The solar PV system generates 450 kWh. So, the homeowner’s bill reflects just 50 kWh of consumption and the utility pays him for the 450 kWh of electricity, too.

The real controversy arises over what the utility ought to pay. Initially, to help encourage solar PV systems, regulators required utilities to pay the customer’s retail rate for the power produced.  So, if the retail rate for electricity was ten cents/kWh, then in the example above, the utility would pay the customer $45. This was a sweet deal for customers who installed solar at their homes. I know, because I took advantage of this program when I installed solar back in 2008.

But from an economic standpoint, this type of net metering program was unfair. The value of electricity sold to a utility is the wholesale market price, not the retail price.  Depending on how utility regulators structure retail rates, the latter can reflect all sorts of other costs needed to deliver power to ultimate consumers. So, if a utility is paying five cents/kWh for wholesale power delivered to its system, then each kWh generated by a homeowner’s solar PV is worth: five cents.

Providing backup power is not free. And, as more intermittent solar (and wind) power is connected to the power grid, the cost of providing that backup power increases. The more wind and solar, the more generation must be on standby, ready to serve when needed.

All utility customers have to pay for that, along with the fixed costs the utility incurs to maintain its system that is, the poles and wires, substations, line crews, bucket trucks, and so forth. Hence, if solar PV customers are being overcompensated for the power they generate, all of the utility’s other consumers end up bearing a disproportionate share of those fixed costs, including the costs of supplying backup power. The more solar PV customers, the more costs transferred to everyone else.

To deal with this problem, utility regulators and legislators are changing the rules. On December 13, the California Public Utilities Commission issued a proposed decision that would reduce payments to homeowners for the electricity they generate to be based on wholesale prices, rather than retail rates, and add a new charge of $8/kw for the solar PV system. So, a customer with a 5 kW solar PV system would see an added charge of $40 on his monthly bill.[1]

In Florida, Senate Bill 1024, which was introduced in November, would impose similar changes: reducing the amount paid for generation from the retail rate to a wholesale cost and would levy specific charges on solar PV owners.[2]

The complaints are legitimate. Most subsidy recipients don’t like having their subsidies taken away.  Just ask the wind power industry. Hence, requiring homeowners who installed solar PV systems now to pay their “fair share” of the fixed costs of maintaining the utility’s grid and requiring the utility to provide backup power whenever needed will result in cries of unfairness.

Similarly, if these changes are adopted, solar PV developers who created businesses and hired employees to install solar PV systems are likely to find that business has taken a turn for the worse.

And that exposes the real problem with solar PV (and other) subsidies: individuals and businesses make uneconomic decisions based on them and suffer economic harm when the gravy train ends.

A better approach would be to not create these subsidies in the first place. But when it comes to energy policy, you’re more likely to see a large pile of snowballs in Hell.

Jonathan Lesser is the president of Continental Economics and an adjunct fellow with the Manhattan Institute.