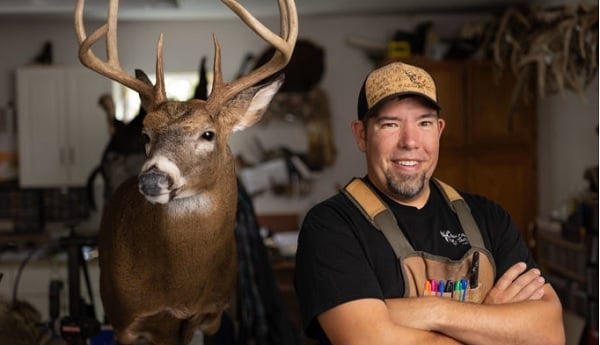 The state of Ohio has killed a program that allowed warrantless inspections after a small business owner sued.

The fight was handled by the Institute for Justice, which said it was the Ohio Department of Natural Resources that abruptly changed course and, in response to a major federal Fourth Amendment lawsuit, issued a new directive requiring its wildlife officers to obtain consent or a warrant before searching taxidermy and other shops.

The business owner who brought the complaint, through the institute, was Jeremy Bennett.

The institute explained, "Ohio doesn’t put any substantive regulations on taxidermists or deer processors; instead, they just have to keep records of the animals they take in. But for years, state wildlife officers have used that minimal requirement to enter Jeremy’s shop and search around for hours on end, all without consent or a warrant. Jeremy finally had enough when, in 2021, he was criminally prosecuted for 'refusing' a warrantless inspection after he politely asked an officer to come back when his shop was open."

"This new directive gives me peace of mind, at least for now, that wildlife officers will respect my private property and the property of all my fellow taxidermists and deer processors," Bennett said, in a statement from his lawyers. "I’m hopeful that ODNR will do the right thing and make this change permanent by eliminating the regulation authorizing these warrantless inspections."

The case, however, isn't quite over.

"ODNR’s directive, while encouraging, is not a permanent solution," said IJ Attorney Joshua Windham. "The regulation that allowed these officers to invade Jeremy’s shop without a warrant, and to prosecute him for standing on his Fourth Amendment rights, remains on the books. We won’t rest until that regulation is gone for good."

WND reported when the dispute developed that Bennett "literally built his business from the ground up, teaching himself taxidermy and deer processing and then constructing his shop just yards from his home in Logan, Ohio," according to the institute.

"The shop is a private space, and Jeremy allows customers in by appointment only. He even has signs to that effect posted in and around the shop."

But the state inspectors simply showed up and demanded admission.

"Last year, when Jeremy asked an officer to return when his taxidermy shop was open, he was charged with a crime and threatened with jail time for impeding an investigation," the institute said.

The case cites the Fourth Amendment of the U.S. Constitution, which provides a right to privacy.