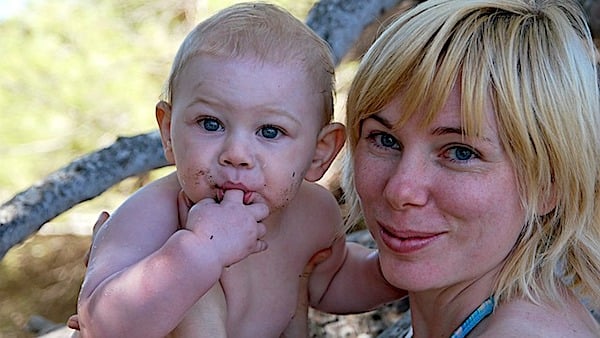 (Image by Mojpe from Pixabay)

In a victory for religious rights across America, the state of Michigan has agreed to settle a lawsuit with a provision that allows a religious adoption agency to decline to place children with same-sex duos, because that would violate members' faith.

The state also will be paying the agency $550,000 for its fees and costs in the dispute.

The Washington Examiner reported the conclusion of the case involving Michigan and St. Vincent Catholic Charities is that "faith-based adoption agencies and foster care organizations contracting with the Michigan government will not be required to grant children to same-sex couples."

Michigan Department of Health and Human Services announced in a statement that it was resuming contracting with agencies that disallow adoptions by same-sex duos.

Officials cited a June 2021 U.S. Supreme Court ruling, on the same dispute in Philadelphia, in which Chief Justice John Roberts wrote Philadelphia's discrimination against those organizations violated the First Amendment.

"The Supreme Court decision is binding on Michigan," the state announcement said.

Demetrius Starling, of the state agency, continued to promote the state's agenda, however, with the statement: "While this outcome is not what we hoped for, we are committed to providing support to the many members in the LGBTQ+ community who want to open their hearts and their homes."

The settlement, which still has to be approved by a judge, would prevent the state from blocking contracts with faith-based adoption agencies. St. Vincent's had sued in 2019.

Same-sex duos originally sued the state to try to force it to use its governmental power to control the decisions by faith-based agencies. When Democratic Attorney General Dana Nesse made a deal with the LGBTQ activists, St. Vincent's stepped in.

Lawmakers in 2015 had said that under the law, agencies were allowed to deny services conflicting with their sincerely held beliefs, but Nesse proposed simply changing the understanding of that so that the state could not contract with such agencies.

"We are grateful that a law signed in 2015 with bipartisan support to uphold conscience rights will continue to benefit Michigan’s most vulnerable children who are served by a network of faith-based child placement agencies," David Maluchnik, Michigan Catholic Conference vice president for communications, told the Examiner.

The Philadelphia case, which the Supreme Court decided last year, said that Philadelphia's "non-discrimination" policy was not allowed to override the religious beliefs of Catholic Social Services there, which had placed children in foster care for decades but abruptly was thrown out by the state when it declined to promote same-sex duos.

The Supreme Court's ruling said Philadelphia violated the free exercise clause of the First Amendment by refusing to contract with Catholic Social Services in the placement of foster care children.

In that ruling, Roberts wrote, "Government fails to act neutrally when it proceeds in a manner intolerant of religious beliefs or restricts practices because of their religious nature."

That fight rose in 2018 when the Philadelphia Inquirer published an investigative piece revealing that CSS, which is run by the archdiocese of Philadelphia, had a policy wherein it would not place children with gay or transgender foster parents.

Philadelphia officials then decided to punish CSS for its members' beliefs, and further deprive children of a major resource that was helping them.

Bob Unruh
Bob Unruh joined WND in 2006 after nearly three decades with the Associated Press, as well as several Upper Midwest newspapers, where he covered everything from legislative battles and sports to tornadoes and homicidal survivalists. He is also a photographer whose scenic work has been used commercially.
'Massive blow for Biden,' as Sinema leaves Democrat Party
Analysis reveals 'marriage' bill opens path to reversal of Obergefell
U.N. votes overwhelmingly for Israel to give up its nukes
FBI still pressuring people to sign away their 2nd Amendment rights
FBI agent details information suppression scheme used during 2020 election
See more...