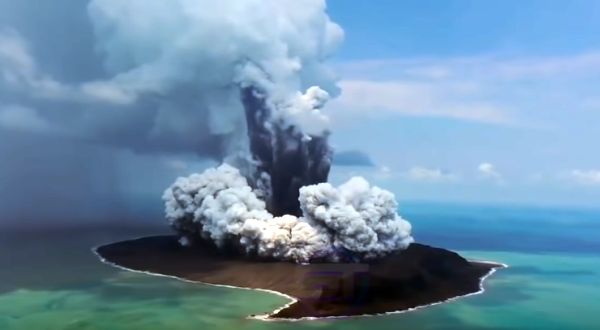 (THE GUARDIAN) – People have been forced to flee their homes, and streets and buildings have flooded, as tsunami waves crashed into Tonga’s main island of Tongatapu, following a huge underwater volcano explosion.

The eruption – captured in satellite images that show a huge plume of ash, steam and gas rising from the ocean – was heard and felt as far away as in Fiji and Vanuatu, where people reported feeling the ground and buildings shake for hours.