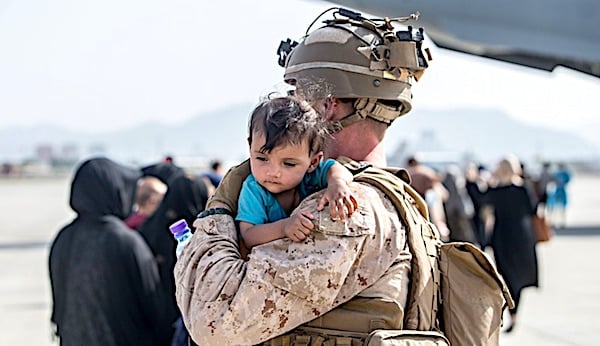 When Joe Biden abruptly pulled American soldiers out of Afghanistan, leaving behind both Americans and American war machinery to the terror-linked Taliban, there was immediate outrage.

After all, would not a little planning have allowed the United States take home its helicopters, Humvees, rockets and more?

There were multiple media reports that the value of the hardware abandoned by Biden was in the range of $80 billion, besides the human resources of American citizens and nationals who had supported America's work there for many years.

The left-leaning Snopes organization said actually that was what was spent "to train and equipment military forces in Afghanistan" over multiple years, and that is not "the value of the equipment that was left behind.

It said that number is closer to "$10 billion."

Meanwhile, USA Today documented that National Security Adviser Jake Sullivan admitted that a "fair amount" of military equipment ended up in the hands of the Taliban.

"We don't have a complete picture, obviously, of where every article of defense materials has gone," Sullivan claimed, "but certainly a fair amount of it has fallen into the hands of the Taliban. And obviously, we don't have a sense that they are going to readily hand it over to us at the airport."

The report admitted the Taliban was releasing photographs of U.S. Black Hawk military helicopters at the Kandahar International Airport – war machines that the U.S. had provided to the Afghan army, which abandoned it to the Taliban.

Will tBiden's Afganistan catastrophe be remembered by voters at election time?
92% (164 Votes)
8% (14 Votes)

At the time, the report said, "Sullivan did not specify what other U.S. defense equipment is in the possession of the Taliban."

Now some of the answers about that equipment may be forthcoming.

Government watchdog Judicial Watch has filed two Freedom of Information Act cases against the Department of State "for records about the censorship of government reports about U.S. tax dollars spent on military support and equipment for Afghanistan." 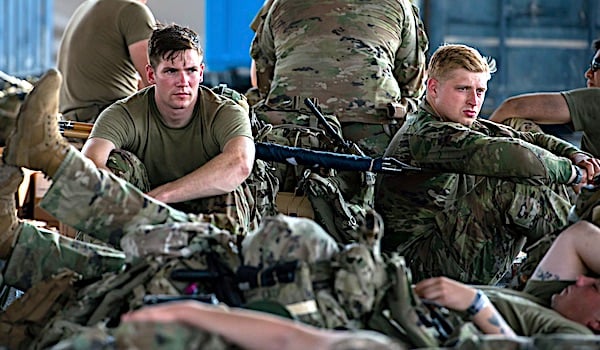 Also being sought are records about payments to Afghanistan's government, or any member of the Taliban, during America's departure.

First, the organization wants to know the details about what was removed from government websites about the costs of that equipment.

The case is seeking, "All records regarding the editing or removal from any public website of any report pertaining, in whole or in part, to any military equipment or training provided to the government of Afghanistan or any component thereof. This request includes, but is not limited to, any related directives or requests, as well as any related records of communication between any official or employee of the Department of State and any official or employee of any other branch, department, agency, or office of the Federal government."

The second case concerns payments to the Afghan government or the Taliban, demanding, "All records related to any actual or proposed payments to the government of Afghanistan and/or any member or associate of the Taliban related to the departure from Afghanistan of any U.S. citizen or other individual authorized by the U.S. Government to depart. This includes, but is not limited to, all fees related to the use of any airport for any such departure."

The organization explained emails it already has confirm "the Biden administration censored hundreds of reports from government websites at the request from the State Department."

That was when the State Department's Bureau of the Comptroller and Global Financial Services insisted on censoring "all potentially sensitive and identifying information on U.S. government assistance programs/projects in Afghanistan."

"We caught the Biden administration red-handed trying to cover up its Afghanistan disaster," said Judicial Watch President Tom Fitton. "As Americans reportedly remain stranded in Afghanistan, the Biden administration has yet come clean about the tens of billions of military resources potentially lost to Taliban and about whether the government paid or considered paying the Taliban during Biden’s deadly and disastrous surrender."

DefenseOne reported that even if the equipment was not operable, it was left behind and can be deconstructed to reveal American secrets.

"The ultimate winner of two decades of war in Afghanistan is likely China. The aircraft and armored vehicles left behind when U.S. forces withdrew will give China—through their eager partners, the Taliban—a broad window into how the U.S. military builds and uses some of its most important tools of war," the report confirmed.

"Expect the Chinese military to use this windfall to create—and export to client states—a new generation of weapons and tactics tailored to U.S. vulnerabilities, said several experts who spent years building, acquiring, and testing some of the equipment that the Taliban now controls."

"To understand how big a potential loss this is for the United States, look beyond the headlines foretelling a Taliban air force. Look instead to the bespoke and relatively primitive pieces of command, control, and communication equipment sitting around in vehicles the United States left on tarmacs and on airfields. These purpose-built items aren’t nearly as invincible to penetration as even your own phone," the report warned.

In the report, Josh Lospinoso, CEO of cybersecurity company Shift5, warned about something as basic as radios aboard a C-130 transport.

"Once you pierce that veil of secrecy…it massively accelerates the timeline for being able to build cyber weapons" to attack them, he warned.

Georgianna Shea, who spent five years at MITRE helping the Pentagon research and test new technologies, warned in the report about the extent of the situation.

"It’s not just a Humvee. It’s not just a vehicle that gets you from point A to point B. It’s a Humvee that’s full of radios, technologies, crypto systems, things we don’t want our adversaries getting a hold of," Shea said.