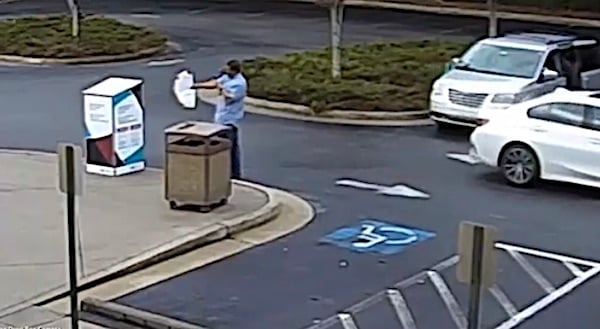 True the Vote may have finally cracked the code behind the undercover massive voter fraud in the 2020 presidential election.

It's apparently through the use of "mules" – or delivery people – who dropped off harvested ballots into absentee-ballot boxes like one in Georgia. True the Vote, a non-partisan effort, says they have similar cases from five other contested states.

Former President Donald Trump thanked Catherine Englebrecht, founder of True the Vote, who was sitting in the crowd at his rally in Conroe, Texas. Trump explained Englebrecht and her team uncovered "massive illegal ballot harvesting and other forms of ballot fraud, the scheme with 2,000, they call them ballot 'mules,' these are people, they call them 'mules,' people – and they walk in early in the morning with thousands and thousands of ballots, and they stuff the ballot boxes in Georgia and other states."

"And they [True the Vote] have it on tape – now all they have to do is release the tape."

The video shows the ballots being fanned out before a man takes a photo and places the ballots in the dropbox. It's been reported other "mules" got paid $10 per ballot and had to show proof.

True the Vote has compiled evidence of organized ballot tracking in six states. In Georgia, the group alleges there were 242 traffickers who made 5,662 trips to ballot drop-boxes between the early morning hours of midnight and 5 a.m., "potentially unloading hundreds of thousands of illegally harvested ballots over the course of several weeks," according to Citizens Free Press.

Will the national news media ever seriously report on documented vote fraud such as this?
2% (33 Votes)
98% (1396 Votes)