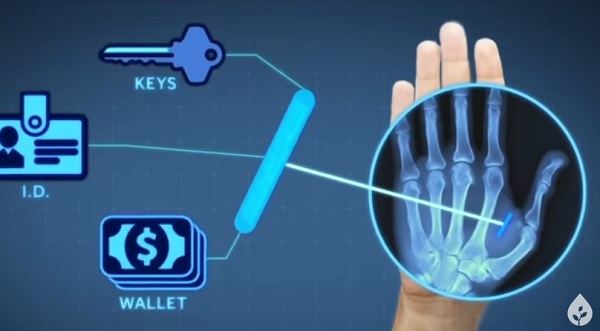 "It's one thing to read the Scriptures and know the prophecies that have already taken place," wrote one online commenter, reacting to noted Christian evangelist Ray Comfort's latest viral video on the possible near-term manifestation of the biblical "mark of the beast."

"But to see them unfold before your eyes gives me chills up my spine. Kind of an excitement as well because I know the end results and who wins."

That famous prophecy in the last book of the Bible predicts that ultimately, everyone on earth will be required to receive a "mark" on the back of their right hand or their forehead in order to buy or sell.

It's one of the Bible's pronouncements that has caused uncountable hours of discussion and angst among theologians and Christians in general.

In the video, Comfort, of Living Waters Ministries -- where he posts Living Waters Podcasts, runs Ambassadors' Academy, the School of Biblical Evangelism, and more, and addresses cutting edge topics such as what the Bible says about transgenderism -- explains "the mark of the beast" and the progression of events, starting with today's COVID-19 pandemic, that he believes may well lead to its implementation.

Comfort, also an author whose books include "Nothing Create Everything" and "God Doesn't Believe in Atheists," pointed out that when he first studied the Bible, decades back, technology didn't exist to do exactly what the Bible predicts in Revelation.

Now it does, and he reports on various programs where people can -- and do -- have programmable chips embedded in their hands today, allowing them to "buy and sell."

The video has been watched almost 200,000 times in less than two weeks, and has attracted thousands of comments.

"The reactions have been wonderful. The undeniable prophecies of the Bible establish the inspiration of Scripture," Comfort told WND.

"Only God knows the future. Not even weather forecasters know what’s going to happen tomorrow. Many a parade has been rained upon because they didn’t get it right.

"But God always gets it right, and that fact shows the fingerprint of God all over His Word. The Living Waters YouTube channel has just passed 185 million views! In these dark days this medium is such a wonderful opportunity to get the ultimate message of hope to millions across the world."

He continued, "We are delighted that Christians and non-Christians like to watch our videos—because they strengthen the faith of the Christian and open the door to prophecy to those who are without the hope of the gospel." 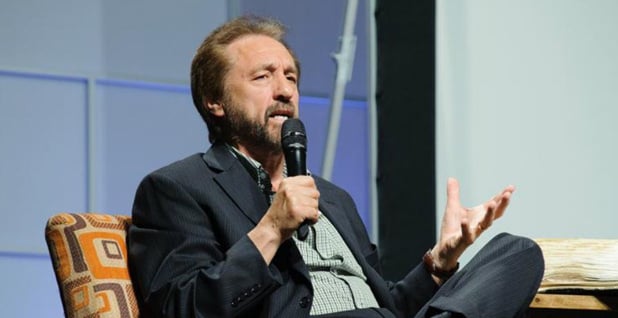 In the video, he points out the fact that computer chipping companies have chosen the back of the right hand in which to embed their tech, the very location predicted in the Bible.

And the requirement to have those?

Just think of what already has happened regarding government demands for COVID vaccination records and such, the video explains.

Is that scenario a part of the "mark of the beast?" "Time will tell," he explains.

But he said it is Christians who should have no fear.

"These are signs of the times given to us," he said, to allow Christians to know what is coming.

"It's not frightening, it's exciting," he said. "We're not looking for the end of this world, we're looking for a new one."

The Revelation prophecy is: "And he causeth all, both small and great, both rich and poor, free and bond, to receive a mark in their right hand or in their foreheads. And that no man might buy or sell, save he that had the mark, or the name of the beast, or the number of his name."

Among other comments that have followed the video:

"As an ex-Muslim I trust and believe in Bible more and more day by day."

"We do not fear the future because we trust the one has the future in His hands."

"As a born again Christian in Sweden, I can tell you firsthand that the numbness towards God is as palpable as thick air. The Bible is being deconstructed and mocked at an all time high, yet mental health is at an all time low. And the answers are told to be in ourselves and in science, so I’m all but surprised that the mark is taking off from here. Pray for Sweden guys."

"I was in medical school when I was born again....I noticed a lot of our studies revolved around something called 'Data Interchangeability'.... the goal was to make all patient data interchangeable across every piece of technology, EVEN FUTURE technology. The Holy Spirit began to show me a large part of the enemy's agenda then. We had to learn about virtual appointments and medical treatment which was odd to me as I'm like how can you be treated if your not in-person.....but God showed me that they are preparing us for WHATS COMING. The mark will not only allow for buying and selling, it will be the way ALL medical information on you is exchanged thru all technology."

"What I love about Living Waters and Ray Comfort, is because even though this morning is a frightening message, I feel peace and no fear. Watching similar messages from preachers and pastors, it's literally anxiety and fear comes upon me. God named him rightly, Ray 'Comfort'. Thank you God. "

The video also includes a number of Comfort's "man-in-the-street" interviews, for which he is known worldwide.