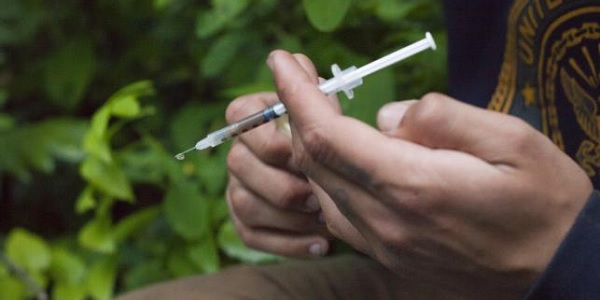 The Department of Justice (DOJ) is considering a reversal of policy that would permit people to use drugs at certain locations, the Associated Press reported Monday.

The Biden administration indicated that it could allow cities to open so-called “safe injection” sites, where drug users can use narcotics in the presence of staff who can react to overdoses, the AP reported.

The DOJ was considering regulations for safe injection facilities in the wake of New York City opening two sites in November 2021, the AP reported.

“Given your mandate to enforce federal law, I write to ask for your commitment to close these sites and prevent this dangerous plan from expanding,” New York state Rep. Nicole Malliotakis wrote in a Nov. 30 letter to Attorney General Merrick Garland, adding that she feared inaction would result in encouraging the use of narcotics and damage the quality of life for residents.

A year after winning a major court battle against the opening of so-called safe injection sites, the Justice Department is signaling it might be open to allowing them. https://t.co/AiVy8RFVSD

The Trump administration won at the United States Court of Appeals for the Third Circuit against a plan by a non-profit to open sites in Philadelphia, Pennsylvania, during its last days in office, according to Findlaw.com.

The Supreme Court declined to hear an appeal of the ruling last October, The Philadelphia Inquirer reported.