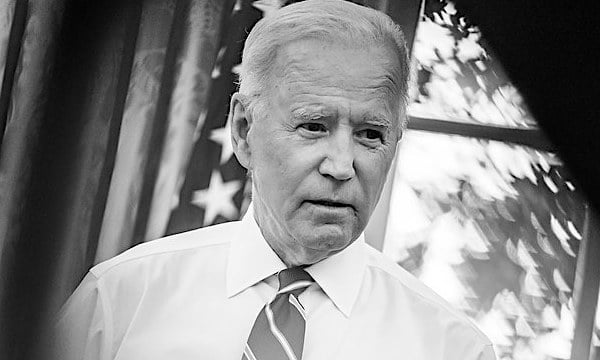 The Merriam-Webster dictionary defines the use of "colored" as an adjective as still being used by blacks as a self-reference occasionally, but "its use by others is offensive."

While it was in "common and widespread" well into the last century, most uses now are "considered unacceptable."

Also, as a noun, the dictionary instructs, "this use of colored is now considered unacceptable."

That, however, didn't stop Joe Biden from using it in a reference to black students during his speech this week at the annual National Prayer Breakfast.

His comments on this issue start at about 4:15 of the video:

CNS News explained he was recalling seeing "colored kids" on a bus when he was growing up in Delaware.

"I remember going to a little Catholic grade school in Claymont, Delaware, which is a steel town that was dying, and the bus would – my mother would drive me to the school parking lot. It’s called Holy Rosary School from a little – it was called Brookview Apartments, used to be Section 8 housing later, and I got out of the bus – I got out of the car, and that’s where I-95 runs parallel to these days.

"And I said mom, 'Why are all those kids' – who was then called colored – 'Why are all those colored kids in that bus?' Because in Scranton, there weren't any. There were very few blacks. [My mother] said they're not allowed to go to school with us here in Delaware. So you know, and Milton wasn’t what you might call the epicenter of desegregation, and so you’ve been through a lot, but you’ve done a lot as well, and I thank you."

While Biden's language often stumbles into the unknown, where he leaves sentences incomplete and thoughts unfinished, he doesn't often use racist terms.

What he is known widely for is his verbal gaffes, stumbles and blunders, such as claiming "We choose truth over facts," calling New Mexico just "Mexico," promising American's making under $400,00 will "not pay a single penny in taxes," and famously coming up with "truinnerashuvaduprezure" to answer a question.