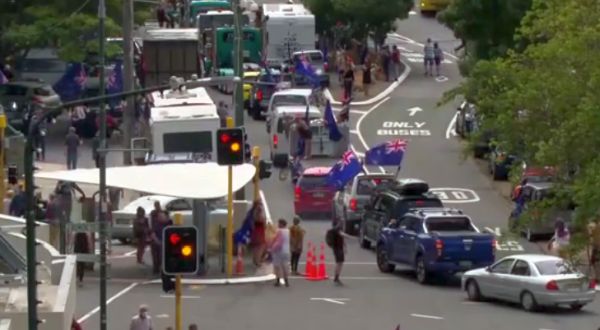 A nude woman was dragged away from the crowd after she attempted to make her way through a line of police officers who pinned her to the ground, one of whom appeared to plant his knee on the back of her head as two other officers placed her in restraints.

As reported by the Daily Mail, hundreds of trucks, cars, and motorcycles carrying thousands of people from across the country converged upon the nation’s capital of Wellington on Tuesday morning, inspired by the Freedom Convoy protests in Canada. Many brought Canadian flags with them, but Jacinda Ardern and her administration are communists. So, they brutalized the demonstrators.