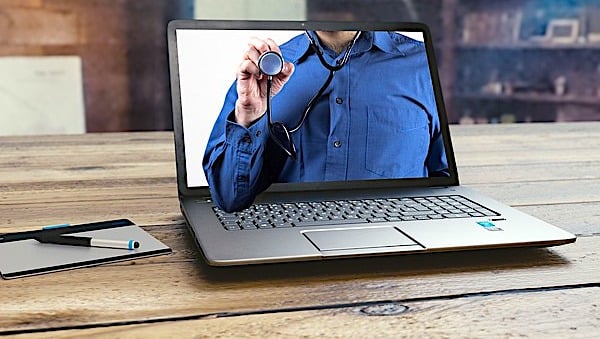 There is no doubt about the value of data, especially massive amounts of it, in today's tech world.

Google, Facebook and other online behemoths got that way through the use of, especially the sale of, information about people.

Now, a letter has been dispatched to Congress asking the government to halt its own plan for a massive sweep of health data of everyone in the nation.

It is the Citizens Council for Health Freedom that has sent the letter to leaders in Congress, including Sen. Chuck Schumer, Rep. Nancy Pelosi and more.

The letter asks them to continue a ban, which already has been in place for decades, on what's called the Unique Patient Identifier.

The identifying number, the letter explains, would "undermine the doctor-patient relationship" and would be a "womb-to-tomb" monitoring plan to "centralize patient data into a national medical-records system."

First, it would provide government the ability to track care, and possibly even deny treatment to individuals without "the card," the letter warns.

The strategy also could be used to "conduct research using patient data without consent … and become the only way to access medical care in America," the letter said.

Do you foresee people being denied health care because of their political or religious beliefs?
95% (404 Votes)
5% (20 Votes)

It would become "a rich target for hackers and others, including foreign governments, wishing to steal the identity and private medical and financial details of Americans in and outside of government. In short, it will make Americans more vulnerable, violate their rights, and threaten our national security."

Further, "National systems beget national systems: a national patient ID will create a national data system facilitating the transition to a national health care system, where access to care is controlled by the federal government."

The letter explains that the identifier actually was included the the Health Insurance Portability and Accountability Act, from 1996, which already sets up procedures for private and personal medical information about patients to be shared with multitudes.

Shortly after, Rep. Ron Paul inserted into an appropriations bill a ban on funding for that project, and that has been maintained consistently until now.

"Now the U.S. House of Representatives and the Senate have struck a funding prohibition out of the proposed appropriations bill to advance a government that will identify and track every patient through the health care system," the letter warns.

A proposed repeal of the provision has not yet been successful.