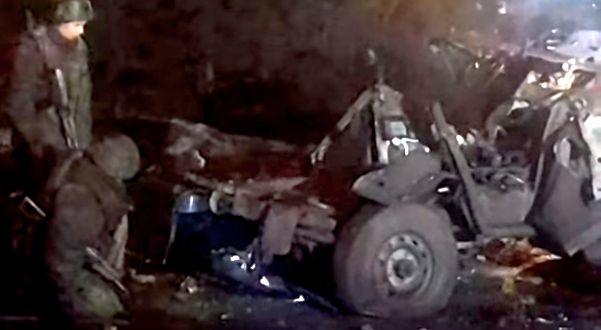 (NEW YORK POST) – An apparent car bomb reportedly exploded outside a government building in the separatist-controlled city of Donetsk in eastern Ukraine Friday, raising fears that a “false flag” operation to precipitate a Russian invasion was already underway.

The vehicle exploded in a parking lot in the center of the city at around 7:00 p.m. Moscow time, reported Russian state-run media agency RIA Novosti, which cited a Telegram channel for the People’s Militia Department of the self-proclaimed Donetsk People’s Republic.

The blast reportedly could be heard throughout the city of about 900,000 people.