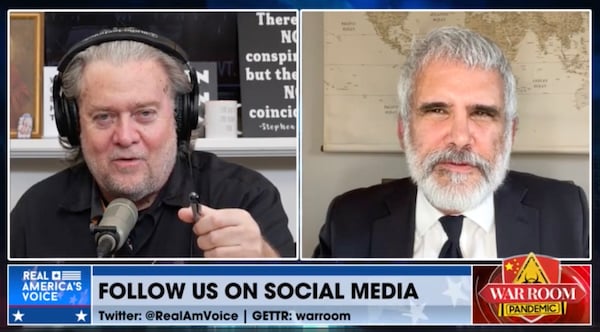 Steve Bannon talks to Dr. Robert Malone on "War Room" Feb. 23, 2022, about the admission by CDC officials to the New York Times that they withheld crucial COVID data.

It's a "time of choosing" for CDC scientists and physicians in the wake of the blockbuster New York Times story citing unnamed agency officials who acknowledge crucial COVID data has been withheld for fear that it would be misinterpreted by critics, said Dr. Robert Malone in an interview Wednesday with Steve Bannon's "War Room."

"There's going to come a time soon where there are legal ramifications ... and these physicians and scientists at the CDC have got a choice to make now," said Malone, the original inventor of the mRNA technology platform on which the Pfizer-BioNTech and Moderna COVID vaccines are based.

The "War Room" segment opened with a clip from WND's interview Monday with Malone and Idaho pathologist Dr. Ryan Cole in which they described the CDC's withholding of data necessary for government leaders and health officials to make life-and-death decision as "scientific fraud." 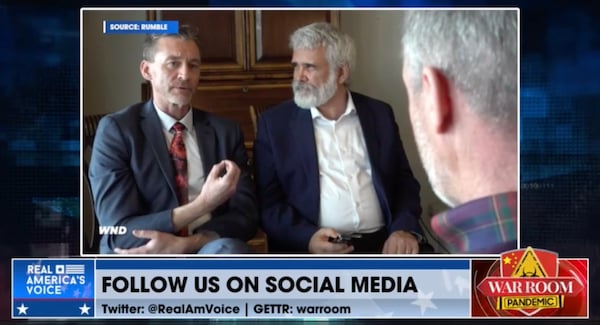 Malone told Bannon that if he were still an academic and published an epidemiological paper that came to a preconceived conclusion "by deleting data and not reporting the full picture," he would lose his grants, be tossed out of the university and "be convicted of scientific fraud."

He said the CDC physicians and scientists "who are hiding are going to be outed at some point, and they might as well come clean now, because it's going to bite them later."

Amid alarm raised by the nearly 24,000 suspected vaccine-related deaths reported to the CDC's Vaccine Adverse Events Reporting System database, the Times reported that when the CDC "published the first significant data on the effectiveness of boosters in adults younger than 65 two weeks ago, it left out the numbers for a huge portion of that population: 18- to 49-year-olds, the group least likely to benefit from extra shots."

The CDC, the Times reported, "has been routinely collecting information since the Covid vaccines were first rolled out last year," but the agency "has been reluctant to make those figures public, the official said, because they might be misinterpreted as the vaccines being ineffective."

The report said that "[t]wo full years into the pandemic, the agency leading the country’s response to the public health emergency has published only a tiny fraction of the data it has collected," citing "several people familiar" with the withheld data.

"Much of the withheld information could help state and local health officials better target their efforts to bring the virus under control," the paper said.