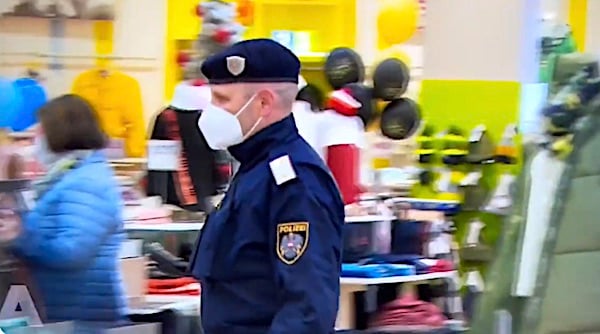 (BREITBART) – In what amounts to a seismic u-turn in policy, Austria is to relax all ‘Corona Apartheid’ rules targetting the nation’s unvaccinated, despite having previously promised to keep unjabbed individuals under perpetual lockdown.

Austria’s coalition government has announced that the vast majority of lockdown measures in place in the country — including the almost all “Corona Apartheid” restrictions specifically targeting the nation’s unvaccinated — are to be scrapped from March 5.

This is despite authorities having previously promised that unjabbed individuals would remain under harsh restrictions in perpetuity, with the nation’s then-Chancellor Alexander Schallenberg telling Austrians that the unjabbed would not be able to participate in society until they were inoculated against the Chinese Coronavirus.