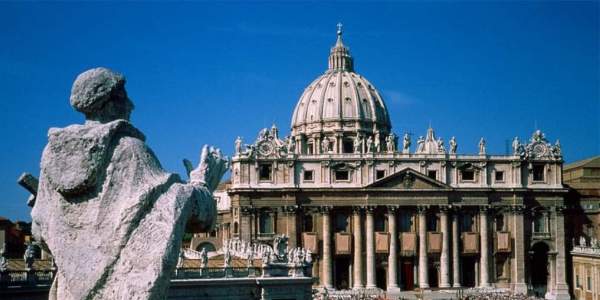 (JERUSALEM POST) -- Pretend for a moment that the Vatican has in its possession some sacred and precious relics that were originally in the Herodian Jewish Temple located in Jerusalem 1,950 years ago.

If you were the pope living in the 14th century and could verify this fact, would you not ask yourself how indeed such Jewish artifacts had come to your residence in the first place?

After some digging around (no pun intended), you would have found that your new Vatican residence was actually built over sections of Caesar’s Palace – the Vatican, including St. Peter’s Basilica, was constructed over Emperor Vespasian’s Roman palace approximately 200 years after the sacking of Rome in 455 AD. Indeed, there are excavations going on there right now, even as you read this magazine.