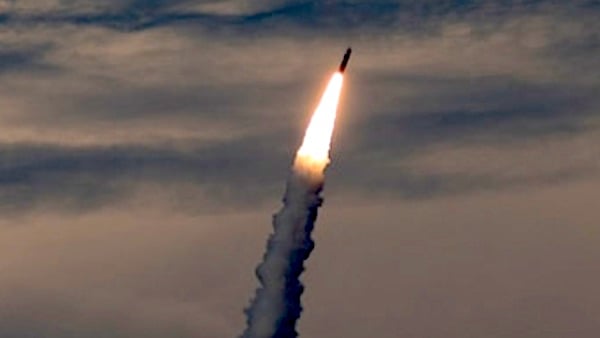 Officials in North Korea, one of the rogue nations that actually has nuclear firepower and missiles to deliver them, have been launching missile "tests" in recent weeks that have much of the rest of the world on edge.

And that's apparently what the dictatorship of Kim Jong-un is seeking.

In a statement this week the regime boasted of "shaking the world" with its actions.

A report from Reuters revealed the nation's foreign ministry stated its "remarkable achievements" were giving more weight to the nation's "war deterrence."

The tests long have been banned by the U.N. Security Council, but North Korea routinely ignored those limits.

Reuters noted "international tension" has been on the rise recently because of North Korea's missile launches, which have happened already at least half a dozen times since the beginning of the year.

The regime had launched a slew of short-range missile tests after President Donald Trump was elected, then went silent for several years, resuming short-range tests in 2019 and 2020.

When Joe Biden took office, the work took off, with launches of short-range missiles carrying live warheads, and long-range cruise missiles and the work quickly including what the nation described as a hypersonic missile and another missile with a hypersonic glide vehicle. By the end of January this year, the nation had launched seven missile tests.

Another test, involving the Hwasong-15, was described in the report as having the capability of delivering a nuclear warhead anywhere in the United States.

The regime boasted, "In today's world where many countries waste time dealing with the United States with submission and blind obedience, there’s only our country on this planet that can shake the world by firing a missile with the U.S. mainland in its range.

"There are more than 200 countries in the world, but only a few have hydrogen bombs, intercontinental ballistic missiles, and hypersonic missiles," North Korea claimed.

The U.S. State Department described North Korea as a threat to peace around the world.

"The United States has a vital interest in deterring (North Korea), defending against its provocations or uses of force, limiting the reach of its most dangerous weapons programs, and above all keeping the American people, our deployed forces, and our allies safe," the official explained.

The concern over missile launches has grown worldwide in recent months. One report speculated on the possibility of Russia using hypersonics in an attack against Ukraine, but a Pentagon official in the U.S. said there was no specific information.

Spokesman John Kirby explained, "It wouldn't be exactly clear if the intent is to invade Ukraine, why one would need a hypersonic weapon to do that. Those weapons, as you know, are meant to be used at extremely long intercontinental ranges, and to approach with stealth and speed."