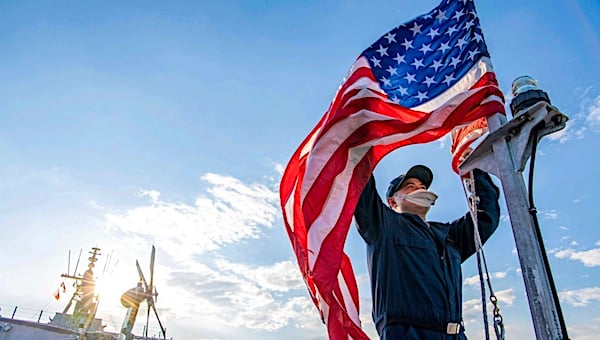 The U.S. Food and Drug Administration has posted pages of detailed information online about "Why you should not use ivermectin to treat or prevent COVID-19."

The federal agency insists it's dangerous, even though it's been prescribed for years for various parasitic ailments, and the FDA warns overdosing on it can cause "nausea, vomiting, diarrhea, hypotension (low blood pressure), allergic reactions (itching and hives), dizziness, ataxia (problems with balance), seizures, coma and even death."

That's even though Dr. Theresa Lawrie, a U.K. medical doctor and research analyst who founded the British Ivermectin Recommendation Development initiative (BiRD International) suggested it has significant benefits against contracting, or dying from, COVID-19.

Now, a report confirms officials in one state are trying to make it easier for consumers to obtain, even though the FDA stands by its dire warnings.

The report said lawmakers in New Hampshire are working on legislation that would give consumers access to the treatment through ordinary procedures at a pharmacy.

House Bill 1022 would allow pharmacists to dispense the drug by means of standing orders, the report said.

Newsweek said the plan is to let pharmacists dispense the treatment under the "delegated prescriptive authority of the physician" and more.

The report noted, "The pharmacist would also be required to provide any patients who receive ivermectin with a 'standardized information sheet written in plain language' that provides health care referral information and notes the importance of follow-up care."

And the lawmakers are proposing that, "Nothing on the information sheet shall discourage the recipient from using ivermectin for the treatment of COVID-19."

Newsweek noted, "Republican State Rep. Leah Cushman, a sponsor of the bill and registered nurse, told Newsweek that she wanted to make sure residents of the state 'have options for treatment of COVID-19.' She also said that the burden of the virus on hospitals needs to be curbed, 'and right now there are no early treatments being offered by most doctors.'"

A commentary at the Gateway Pundit noted under the law ivermectin sold to consumers to use against COVID-19 would be "regarded as being issued for a legitimate medical purpose in the usual course of professional practice."

When a related plan was proposed in Virginia, Democrats shut down a public comment period and ordered police to remove citizens.

After the 9-6 party-line vote there, Sen. Louise Lucas banged her gavel and ordered police officers to remove the doctors, family members of COVID patients and others who came to speak in favor of the bill.

The sponsor of that plan, Republican state Sen. Amanda Chase, told National File that Democrats "will legalize marijuana but prohibit the use of ivermectin and hydroxychloroquine for the treatment of COVID in a right to try state like Virginia."

The National File noted that after the vote, the committee chairman, Lucas, posted a video on Twitter in which she vowed to form a Democratic "brick wall" that will throw Republican bills in the trash. She illustrated her declaration by crumpling up a piece of paper and tossing it aside.

As President of the Virginia Senate I have a plan of what to do with any bills that would roll back our progress.

As a thank you for getting us to *27,000* engaged followers I want to share with you my plan- If you agree with the plan I need you to RT so we can save Virginia. pic.twitter.com/w7gRzk1PCa

Ivermectin, in more than 30 trials around the world, causes "repeated, consistent, large magnitude improvements in clinical outcomes’ at all stages of the disease," according to the report.