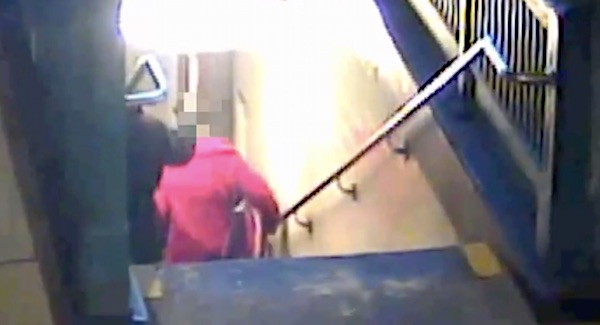 The New York Police City Department arrested a man for allegedly attacking a woman with a hammer in the Subway Thursday evening.

The suspect could be seen following the victim down stairs at a Queens subway station, kicking her and striking her in the head with a hammer at least a dozen times before taking her bag in a video shared by police.

🚨WANTED for ROBBERY: Last night, at the Queens Plaza 'E,M,R' subway station in Queens, a 57-year-old female was kicked down the stairs then struck in the head several times with a hammer. The suspect then stole her purse. If you have any info, contact @NYPDTips at 800-577-TIPS. pic.twitter.com/POUAS0I2Ia

The victim, a 57-year-old woman, was left bleeding from her brain with a fractured skull and lacerations on her face, according to CNN. She had to have part of her skull replaced and is unable to lift her foot, CNN reported.

The suspect, William Blount, was arrested at a shelter where he lives, according to CNN.

The attack came three days after the implementation of Mayor Eric Adams’ new subway safety plan, which aimed to tackle frequent violence by relocating the homeless and mentally ill population living within the subway system.

There have been more than 1,000 arrests within the subway system in 2022, Chief of the NYPD Transit Bureau Jason Wilcox told CNN. “My directive and our mission is to be highly visible, on the trains, on the platforms moving around, taking train runs from other stations, so that’s what we’re very dedicated towards,” Wilcox said.

The victim’s family identified her as Nina Rothschild, a scientist at the New York City Department of Health, CNN reported.