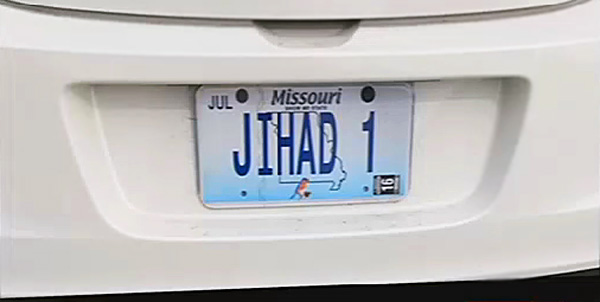 In a fascinating new study, a team of Spanish researchers in association with scientists at the University of Oxford's Changing Character of War Centre and Artis International have delved into the minds of convicted Islamic terrorists in an attempt to discern what psychologically sets them apart from other criminals. By doing so, they hoped to find potential ways to de-radicalize them.

Lead authors Angel Gómez, Scott Atran, and Juana Chinchilla, along with more than a dozen colleagues, conducted in-depth, face-to-face interviews with 57 jihadists, including ISIS fighters and the terrorists who perpetrated the 2004 Madrid train bombings (which killed 193 people and injured 2,050). They also interviewed Latino gang members, including murderers from the Latin Kings and MS-13, non-jihadist Muslim criminals, and convicted members of smaller, local gangs. The 350 total interviews, which also involved standardized surveys, were intended to gauge prisoners' level of cohesiveness with their respective groups, their dedication to their primary values, and how much they would be willing to sacrifice for their group or values.

In the interviews, Jihadists and non-jihadist Muslims most frequently associated with "Muslims" as their group and cited "religion" as what they valued most, while gang-members were most devoted to their specific gang and cited "honor" as their primary value.

To measure prisoners' willingness to sacrifice, the researchers first consulted with prison psychologists to determine what real-world sacrifices prisoners could make while incarcerated. The psychologists recommended the following: “To give up my prison income,” “To give up communications with my family,” “To move to another prison further away from my family,” “To stop taking part in activities that make me feel good,” “To lose commodities into prison,” and “To die for someone or for something.”

In the interviews, the researchers had prisoners rate to what extent they considered each of these sacrifices as extreme on a scale ranging from 0 (low) to 6 (high). They then were asked, with a similar rating scale, to what degree they would be willing to perform these sacrifices for their group or their values. Jihadists were far more likely than any other group, even members of notorious Latino gangs, to say that they would makes these sacrifices.

Fueling jihadists' outsized willingness to sacrifice is a sense that they, and all Muslims, are victims of injustice at the hands of their foes – discriminated against and wrongfully persecuted, the researchers gleaned from the interviews. Dispelling those notions could help rehabilitate convicted terrorists, they add.

Our results conform with a recent review of prison programs across the European Union, which surmises that the most promising “rehabilitation interventions” involve: (1) individualized psychological engagement with prison personnel to reduce prisoner sentiments of personal discrimination and social marginalization, (2) prison staff training in recognition and respect for prisoners’ religious values and in discussing alternative perspectives for preventing violence, and (3) actively engaging families and friends as partners in the disengagement.

"These findings also have potentially important ramifications for the penitentiary system and society-at-large that could help to forestall recidivism, and to disengage from radicalization and recruitment into violent extremism more generally," the researchers write.

The study was published in the journal Scientific Reports.