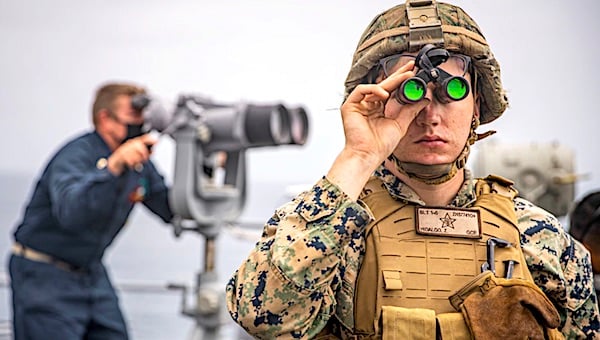 Is it high-stakes gamesmanship – or just a bluff?

It was back in 2015 that images of a Russian nuclear torpedo first emerged on state television.

It didn't raise much attention in the West.

But since then, with Moscow on the march toward war, it's raising the question why Russia has constructed a deadly weapon that could eradicate all life on this planet.

Business Insider reports: "While all nuclear weapons can kill thousands in the blink of an eye and leave radiation poisoning the environment for years to come, Russia's new doomsday device, called 'Poseidon,' takes steps to maximize this effect."

Stephen Schwartz, the author of "Atomic Audit," says if the U.S. fired one of its Minutemen III nuclear weapons, Poseidon has the capability to detonate the air above the target. The fireball from the nuke does not need to touch the ground sending only radiation from the bomb itself.

The new bomb is said to use a warhead much stronger, perhaps the largest one ever detonated. And designed to have direct contact with water and the ocean floor, it could kick up a radioactive tsunami that potentially spread radioactivity over a deadly swath hundreds of miles and land and sea making uninhabitable for decades, Business Insider noted.

Instead of merely ending a city, Poseidon could actually end a continent.

So why would such a device be developed now?

It's being characterized as a "third-strike vengeance weapon" – meaning "Russia would attack a NATO member, the U.S. would respond, and a devastated Russia would flip the switch on a hidden nuke that would lay waste to an entire U.S. seaboard," the report indicated.

Russian President Vladimir Putin "has made it clear he seeks the collapse of NATO," said Malcolm Davis, a senior analyst at the Australian Strategic Policy Institute. "If NATO doesn't come to the aid of a member state, it's pretty much finished as a defense alliance."

Davis also explained Poseidon could also be used as a naval weapon, possibly taking out an entire carrier strike group in a single shot.

This is why the risk of war Ukraine is so dangerous.