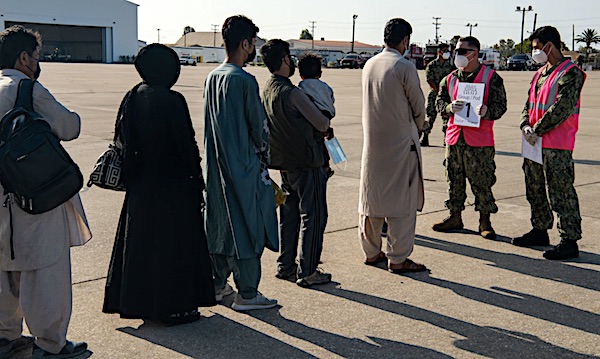 (JUST THE NEWS) – A Virginia sheriff has publicly raised concerns with a plan by the Joe Biden administration to reportedly house thousands of migrants in the Northern Virginia county of Loudon, allegedly within walking distance of at least two schools.

Loudon County Sheriff Michael Chapman's office wrote on the sheriff's website this week that earlier this month the county received an "unannounced visit" by the Department of Homeland Security's Federal Protective Service.

At that meeting, the announcement said, the sheriff's office learned that "approximately 2000 Afghan refugees, per month, were slated to arrive at the Washington Dulles International Airport" and be housed in Loudon County's National Conference Center "until their ultimate relocation elsewhere in the United States."