Colorado's state government, especially its judiciary, already has taken a scolding from the U.S. Supreme Court for attacking a Christian baker who declined to use his talents to promote a same-sex agenda in an action that would violate his faith.

But that case, involving Jack Phillips and his Masterpiece Cakeshop, was decided on the basis state officials exhibited their "hostility" to his Christianity in enforcing a so-called non-discrimination law against him.

But the law remained, based on the narrow ruling about the state's antagonism to Christians.

Now, it appears, that law itself is going to face another judgment day at the Supreme Court.

Officials with the Alliance Defending Freedom have confirmed the high court has agreed to take up the case of a website designer from the Denver area.

She is facing potential punishment from the state under the same law used to attack Phillips. The law "censors and coerces the speech of creative professionals whose religious beliefs do not conform to state orthodoxy," the ADF report.

In short, they can't promote the LGBT agenda, which the state is demanding, because of their Christianity. But the state will punish them if they don't.

The new case involves Lorie Smith and her company, 303 Creative. A 2-1 decision in the 10th U.S. Circuit Court of Appeals earlier allowed the state to force Smith to make statements that violate her faith.

The dissenting judge in that ruling called Colorado agenda an "Orwellian diktat." 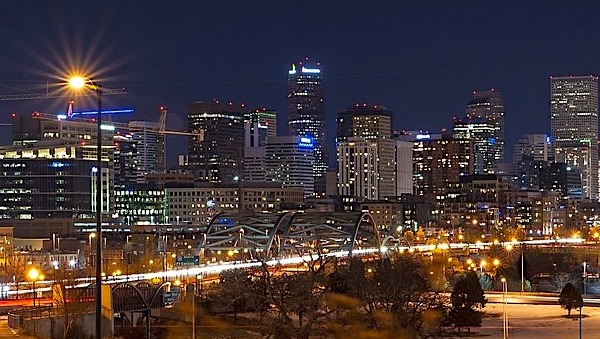 "The government doesn’t have the power to silence or compel creative expression under the threat of punishment. It's shocking that the 10th Circuit would permit Colorado to punish artists whose speech isn't in line with state-approved ideology," said Kristen Waggoner, a lawyer for ADF.

"Colorado has weaponized its law to silence speech it disagrees with, to compel speech it approves of, and to punish anyone who dares to dissent. Colorado’s law—and others like it—are a clear and present danger to every American’s constitutionally protected freedoms and the very existence of a diverse and free nation."

While the lower appeals court admitted Smith serves "all people regardless of sexual orientation," the ruling allowed Colorado's Anti-Discrimination Act to force her to make statements in violation of her conscience.

But the state's anti-Christian bias is revealed in the fact that while it forbids Christians from making "message-based refusals," it allows others to do exactly that.

For example, when Jack Phillips case was before the courts, it was revealed that pro-gay bakers in Colorado were allowed to refuse to create cakes with message from the Old Testament condemning homosexuality. However, Phillips was ordered by the state into a reindoctrination program because he made exactly that same decision, not to promote messages that violated his Christian faith.

Now 303 Creative is in the same bull's-eye for the state.

The appeal focuses on the "extreme position" held by the 10th Circuit that "the government may force an artist to create expressive content, even if that artist's 'pure speech' violates her faith, going so far to suggest that the more unique or custom the speech is, the more power the state has to compel it."

While Colorado clearly leads in attacks on Christians, other states have adopted similar positions. Two companies, in fact, Elane Photography and Sweet Cakes, have been put out of business in their states because of the leftist agenda of the courts there.

Florist Barronelle Stutzman was forced to retire and other names remain in the crosshairs.

Already, 16 states, 45 members of Congress and many more have filed in support of Smith's request.

It was Colorado's Civil Rights Commission that attacked Phillips. Those members were targeted in the Supreme Court's ruling on Phillips' case.

"The commission's treatment of Phillips' case … showed elements of a clear and impermissible hostility toward the sincere religious beliefs motivating his objection. As the record shows, some of the commissioners at the commission's formal, public hearings endorsed the view that religious beliefs cannot legitimately be carried into the public sphere or commercial domain, disparaged Phillip's faith as despicable and characterized it as merely rhetorical, and compared his invocation of his sincerely held religious beliefs to defenses of slavery and the Holocaust," the high court said.

In fact, the state commission's antagonism to Christian beliefs became evident at the outset of the case, when one member, Diann Rice, publicly exhibited bias against Phillips during a hearing, comparing him to a Nazi.

She said, "I would also like to reiterate what we said in the hearing or the last meeting. Freedom of religion and religion has been used to justify all kinds of discrimination throughout history, whether it be slavery, whether it be the Holocaust, whether it be – I mean, we – we can list hundreds of situations where freedom of religion has been used to justify discrimination. And to me it is one of the most despicable pieces of rhetoric that people can use to – to use their religion to hurt others."

The same fight also erupted about the same time in the United Kingdom, where a baker was under attack for declining to promote homosexuality. The Supreme Court there granted victory to the baker.

The ADF asked the high court to review Smith's case after 10th Circuit Chief Judge Timothy Tymkovich said his court's majority "uses the very quality that gives the art value—its expressive and singular nature—to cheapen it. In essence, the majority holds that the more unique a product, the more aggressively the government may regulate access to it—and thus the less First Amendment protection it has."

He said that ruling subverted "our core understandings of the First Amendment."

Other, similar, First Amendment fights in both Minnesota and Arizona were decided exactly the opposite to Colorado's conclusion, which was charged by Tymkovich with moving America from "'live and let live' to 'you can't say that.'"

Constitutional scholar Jonathan Turley had predicted the 10th Circuit's web ruling could end up in a "major showdown" at the Supreme Court.

The case could allow "a hitherto evasive court to rule directly on the conflict between anti-discrimination laws and the religious clauses. I have previously written that I view these controversies as best addressed as free speech rather than free exercise cases. The Tenth Circuit decision reaffirms a growing conflict among the circuits and offers an especially strong case for the court to consider such a major reframing of such conflicts," he said.

He noted that Supreme Court ruled narrowly in Philips' case, because the state of Colorado openly had been hostile to faith. In that decision, the Supremes said, "The commission's hostility was inconsistent with the First Amendment’s guarantee that our laws be applied in a manner that is neutral toward religion."