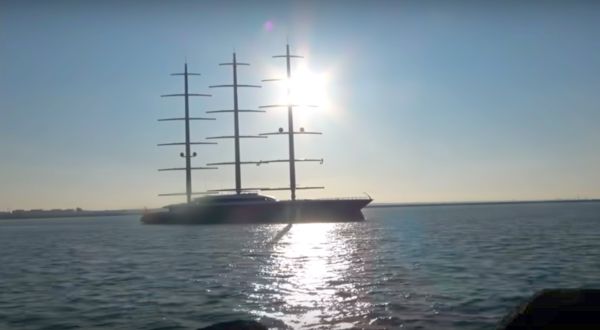 (FOX BUSINESS) – Amazon founder Jeff Bezos is the world’s richest man, and he commissioned the world’s largest sailing yacht — so big that in order to get it out to sea, he’s offering to pay to take apart and reassemble a historic bridge that it needs to pass to get out of Rotterdam in the Netherlands.

It may result in the world’s biggest scrambled eggs, if a planned Facebook event to hurl rotten eggs at the $485 million vessel is as popular as its signup sheet suggests.

Facebook user Pablo Strörmann, a Rotterdam resident, stirred up "Eieren gooien naar superjacht Jeff Bezos (Throwing eggs at superyacht Jeff Bezos)" earlier this month, inviting the "the international Egg tossing community" to bombard Bezos’ boat on June 1. More than 20,000 people had marked themselves as going or interested in going as of Wednesday afternoon.