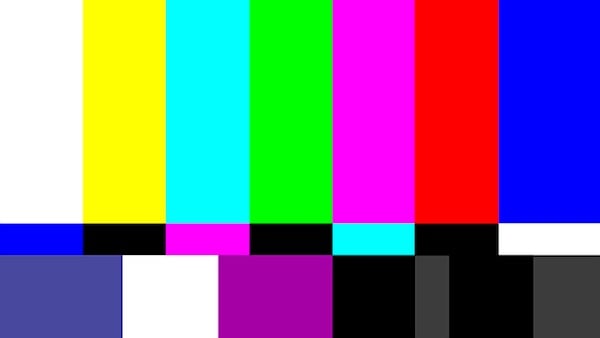 One of the Arizona television stations to which a paid political ad had been submitted by Kari Lake, the Trump-endorsed candidate for governor, apparently didn't air it.

And that could be a problem, as "Federal law requires broadcasters accept candidates' political ads regardless of content," according to Lake.

Her ad was a direct challenge to the broadcasters to which it was submitted, as it essentially accused them of being fake news. And it was scheduled to air during the stations' own newcasts. 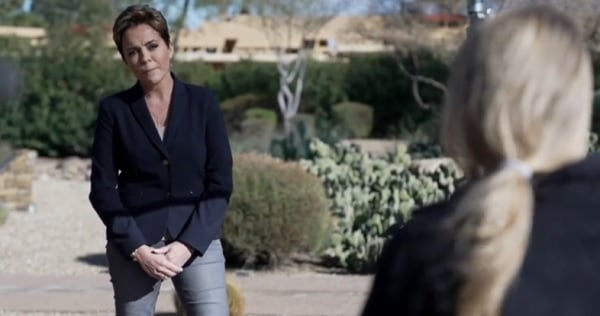 According to Gateway Pundit, it was 12News that was scheduled to run the add at 10:22 p.m. Monday.

Lake said, "My campaign ad was scheduled to air at 1022pm on @12News (the station that employs the Leftist political reporter @brahmresnik who once called AZ GOP Nazis) I heard it didn't air. Why? (Federal law requires broadcasters accept candidates' political ads regardless of content)."

My campaign ad was scheduled to air at 1022pm on @12News (the station that employs the Leftist political reporter @brahmresnik who once called AZ GOP Nazis)
I heard it didn't air. Why??
(Federal law requires broadcasters accept candidates' political ads regardless of content) https://t.co/fdlG7jq63s

The video was titled "Rigged Elections Have Consequences" and called out the news organizations for their silence on evidence of manipulation in the 2020 presidential race.

The Gateway Pundit said, "Resnik has a history of extremely biased journalism. He once even accused the Arizona GOP of using Nazi slogans in a now-deleted tweet that he was later forced to apologize for."

"I’m Kari Lake, the Trump-endorsed candidate for governor. If you’re watching this Ad right now, it means you’re in the middle of watching a fake news program. You know how to know it’s fake? Because they won’t even cover the biggest story out there, the rigged election of 2020. And rigged elections have consequences. We’re all feeling it. Soaring prices, a spike in homelessness, and an invasion on our border. I’m the only candidate with a plan to tackle all of those issues and more. When I’m Governor I will finish the wall and criminals who cross our border will be sent back. We’ll get the homeless out of our parks and off our streets, and no more masks, swabs, or shots to go to work or go to school. Our kids will get a real education, not a brainwashing. To see where I stand on all the issues go to KariLake.com. Now let’s send the corrupt news the lesson and turn them off."

Lake, in a statement to The Gateway Pundit, added, "My first TV Ad, titled 'Rigged Elections Have Consequences' airs this Monday! And it will ONLY air during fake news programs. I am not a conventional, boring Politician so it should surprise no one that I don’t have conventional, boring campaign ads. If the Fake News refuses to tell the truth, it’s up to us to do so. I am the only Candidate with bold solutions to the problems we face and I lay many of them out in our first ad. Get ready!"

The Western Journal explained that Lake "flips questions back at those grilling her, exposing misdirection and biases…"

Lake also shared an interview she had with an Australian reporter, calling it "THE most biased interview of my entire life!"

🎬 TEASER ONLY: This was THE most biased interview of my entire life!

The Corporate Media Cabal is working overtime to churn out hit pieces. Sadly for them, I hit back harder.

Will @60Mins Australia put out the FULL interview? Doesn’t matter. We will!

And earlier, she turned the questions back on an ABC reporter.

She responded to what typically is known as an "ambush" interview, in which a politician is forced, on camera, to address a no-win question. In this case, it's the legitimacy of the 2020 president election, and such questions leave no opening for the respondent to address the many nuances of the legitimate concerns over the election process, including how at least one state is reviewing a state constitutional amendment to prevent election malfeasance in the future.

If Lake affirmed the election she risks losing support from those who still have doubts. If she denies its legitimacy, she immediately gets labeled as a "conspiracy" theorist.

She responded to the question about whether Joe Biden was president: "Well he’s obviously sitting in the White House. Do you think he’s president?"

The reporter used the famous one-liner, "I have no comment."

Do you think Joe Biden garnered 81 million votes? Do you think the elections were fair? The problem is that the American people don’t have all the answers because the media is part of the problem. Media’s not reporting it. Media’s never reported our forensic audit fairly. They’re not reporting what’s happening in Georgia. They’re not reporting on these ballot traffickers that are being paid to drop off ballots. Media is doing a huge disservice to this country and the people aren’t getting the full story…"

She continued, "…Media, whose numbers are dropping, dropping like a rock, are going to continue to drop. And pretty soon nobody will be watching. Because the media has turned their back on the people of America and not been honest. ABC News, CNN, MSNBC, spent more than three years lying to the American people saying that Russia colluded with Donald J. Trump to steal an election in 2016. And they knew that was false. They knew they were peddling lies and they did nothing to stop it. It was a complete hoax and it was a lie. And now they’re doing the opposite. We have evidence of corruption in our election and they refuse to cover it. They refuse to be honest with people of this country. It is disgusting what thee media has done. And I think their days are numbered surviving all of this. When you’re lying to the people and you’re the media, it’s a bad business model."