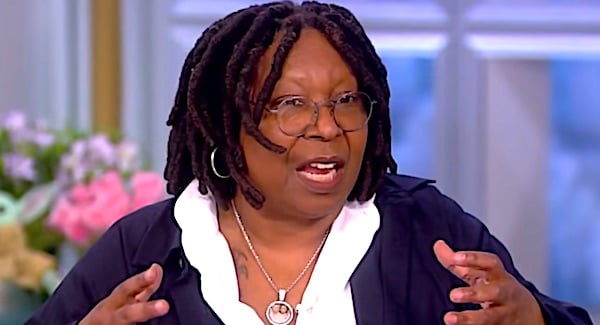 “The View” co-host Whoopi Goldberg apologized for her statement on Monday’s show, where she said “the Holocaust isn’t about race.”

“On today’s show, I said the Holocaust ‘is not about race, but about man’s inhumanity to man,'” Goldberg posted to Twitter. “I should have said it is about both. As Jonathan Greenblatt from the Anti-Defamation League shared, ‘The Holocaust was about the Nazi’s systemic annihilation of the Jewish people — who they deemed to be an inferior race.’ I stand corrected.”

“The Jewish people around the world have always had my support and that will never waiver,” Goldberg said. “I’m sorry for the hurt I have caused. Written with my sincerest apologies.”

“The Holocaust isn’t about race. No. It’s not about race,” Goldberg said Monday while the panel of “The View” discussed a Tennessee school district that voted to remove the book “Maus,” Art Spiegelman, from its curriculum.

The McMinn County Board of Education cited foul language and sex as its reasoning for removing the book from its 8th grade curriculum. Conservatives defended the decision as a change in curriculum rather than a book ban.

“But it’s about white supremacy,” Anna Navarro added. “It’s about going after Jews and Gypsies.”

“But these are two white groups of people,” Goldberg responded.

“They don’t see them as white though,” co-host Sarah Haines said.

Goldberg told her co-hosts that they were missing the point, “it doesn’t matter if you are black or white because black, White, Jews, Italians,” she said. “Everybody eats each other.”