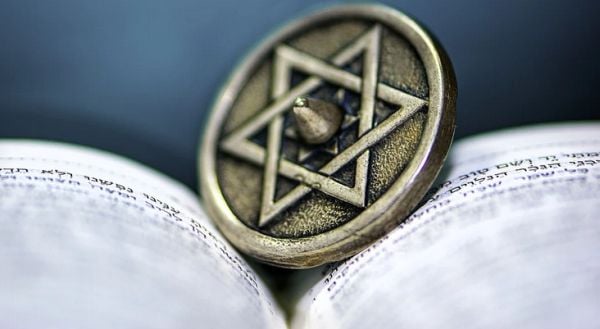 Antisemitic hate crimes in New York City have recently increased by 409%, representing more than half of all hate crimes citywide. Many of these incidents targeted Orthodox people dressed in distinctive clothing, like the Jewish man who was punched in Bed-Stuy on Feb. 7 while walking on Shabbat, for which a 15-year-old was charged with assault and committing a hate crime. Yet it has not led civil rights organizations to act, unless they can connect these attacks to rightwing extremists or white supremacists, even when the evidence does not support such a link.

These organizations focus on instances of rightwing antisemitic propaganda rather than on those who are committing actual antisemitic hate crimes. For example, the Anti-Defamation League (ADL) recently issued a report, "White Supremacist Propaganda Continues to Remain at Historic Levels in 2021." It highlighted flyers posted by three obscure white supremacist groups in New England, none of which were responsible for any other antisemitic acts.

As reporter Armin Rosen pointed out, these spurious suggestions were made "despite clear evidence that ... many of the attacks are being carried out by people of color with no ties to the politics of white supremacy." Indeed, FBI statistics demonstrate that black Americans are disproportionately perpetrators of hate crime attacks on other groups, including Asian Americans.

But the narrative of white supremacy is impervious to the facts. Author Cathy Park Hong admits in the Atlantic that it's "tricky" to talk about "the optics of a black or brown person assaulting or attacking the Asian elderly." She feared that "with older Asian immigrants, these crimes may reaffirm their anti-blackness and drive them toward the right." She even laments that "Whenever I say on social media, ‘These attacks are symptomatic of white supremacy,' white people say, ‘How is it white supremacy when it's not white people committing the crimes?'" She went on to note her fear that "white people will not hold themselves accountable."

Not only do many civil rights organizations ignore any focus on hate crime perpetrators, but they also shy away from confronting campus antisemitism that goes under the guise of anti-Zionism. Last year, the union that represents City University of New York (CUNY) faculty passed a resolution explicitly characterizing Israel as a state founded by "colonial" settlers that maintains power through "apartheid" policies. Not one CUNY college president publicly deplored these characterizations of Israel, even though they provided legitimacy  for "anti-Zionists" to use them in their classes. Indeed, there are now student lawsuits against such classroom faculty behavior.

The antisemitic spike after the 2021 Israeli-Hamas conflict did force the CUNY administration to make a public statement. However, rather than pointing to the damaging faculty resolution, Chancellor Matos Rodriguez made sure to link it with Islamophobia and rightwing extremism:

The recent wave of antisemitic violence and bigotry in New York City and the nation is the latest manifestation of a climate of hate that has increasingly infected the country in recent years. It is a poison of xenophobia and intolerance that has targeted virtually every racial, religious and ethnic minority — from the Islamophobia that followed the attacks of 9/11 and still rears its ugly head today, to the despicable acts of violence against Asian Americans and Pacific Islanders (AAPI) during the pandemic. It has become intertwined with the extremist political violence we saw at the U.S. Capitol on Jan. 6. We continue to denounce this deplorable behavior and work against the hatred that feeds it.

When will civil rights organizations take antisemitic hate crimes as seriously as they do other hate crimes? When will they focus on the perpetrators of those crimes? Until there is a recentering of efforts, antisemitic acts will remain an uncomfortable fact of life that will be ignored whenever possible by those who are unwilling to look beyond rightwing extremist movements.

Robert Cherry is an AEI affiliate and author of "Why the Jews? How Jewish Values Transformed  Twentieth Century American Pop Culture."