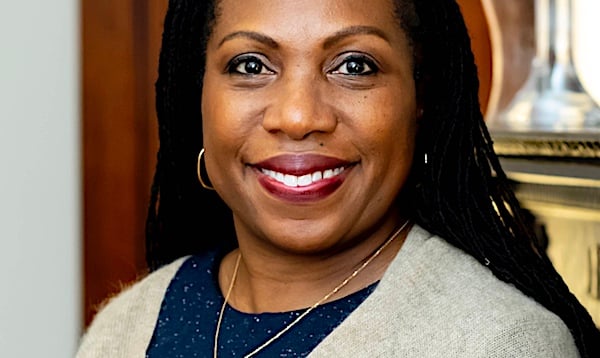 The chief of the Senate Judiciary committee has announced that the confirmation hearing for Ketanji Brown Jackson, Joe Biden's nominee to the U.S. Supreme Court, will begin March 21.

But her background already has returned to haunt her.

Fox News reported she met the two qualifications that Biden demanded, being black and being a woman.

The date for the hearing was announced by Sen. Dick Durbin, D-Ill., who said she'll answer questions from senators starting that date.

Fox reported, "The first day of the hearing will be limited to statements from each member of the committee, as well as those who will formally introduce Jackson, and Jackson herself. The next two days, Tuesday, March 22 and Wednesday, March 23, will be for senators to question Jackson."

While Republican senators say they have objections to her record and judicial philosophy, Sen. Ted Cruz, R-Texas, said the GOP won't go down the same path as Democrats have done recently in launching personal attacks against a nominee.

"Sadly, Senate Democrats have undermined the American people’s confidence in previous judicial confirmation processes with vicious personal smears and unfounded accusations," Cruz said. "These kinds of shameless attacks demeaned the Senate and made a mockery of our constitutional role in providing advice and consent to the president on nominations."

Just the News reported one of the issues Jackson may have to handle involves her support for sex offenders.

In fact, she has complained about the "excessiveness" of their punishments.

That came in an article she published – anonymously – back in 1996 in the Harvard Law Review.

She failed to disclose her authorship until the Senate Judiciary Committee asked her to list published writings.

The paper criticized the "excessiveness" of punishments for sex offenders, complaining that could be "unfair and unnecessarily burdensome."

She wrote, "Even in the face of understandable public outrage over repeat sexual predators, a principled prevention/punishment analysis evaluates the effect of the challenged legislation in a manner that reinforces constitutional safeguards against unfair and unnecessarily burdensome legislative action."

Another issue that could arise, according to a report in the Washington Free Beacon, is that she "shielded one of Hillary Clinton’s top State Department aides from scrutiny about his use of a personal email account to conduct official business."

Jackson in 2015 denied Gawker's request for details about press aide Philippe Reines's stewardship of the account in the context of a Freedom of Information fight, the report explained.

The publication had sought emails Reines traded with dozens of media outlets, but Jackson blocked the move, while claiming there was no proof that Reines acted in "bad faith" by using a personal email address.

The report explained, "Like Clinton, Reines often communicated with the press via a personal email account. That meant his communiqués were not preserved on State Department systems. When Gawker filed a FOIA request for Reines’s emails in September 2012, State Department officials were thus unable to turn up responsive records, prompting the lawsuit."

It was Hillary Clinton's email scandal over the same issue that erupted during the 2016 election campaign and likely contributed to her becoming a two-time loser in the race to become president.

Jackson's protection of the Clinton acolyte came when she claimed the State Department had no obligation under FOIA "to solicit or produce" documents held by a former official.