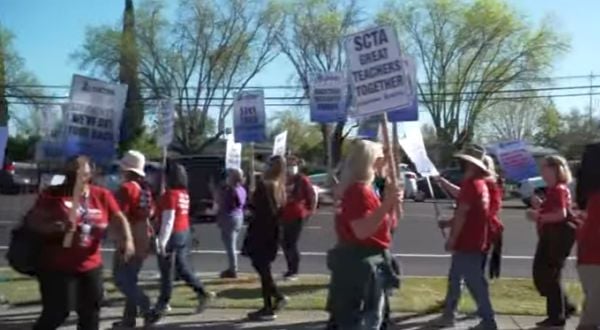 (HEADLINE USA) – The Sacramento teachers union is set to go on strike after plunging student enrollment numbers have precipitated a funding crisis.

However the shortage – not just in Sacramento, but in all of California’s schools – is, in large part, the result of the union’s own actions over the last several years. The union is protesting the school district’s inability to hire another 250 teachers, 100 substitutes teachers and 400 other union positions, NBC affiliate KCRA reported.

But the school board says that the money just isn’t there and that the district has been living larger than its means for years.