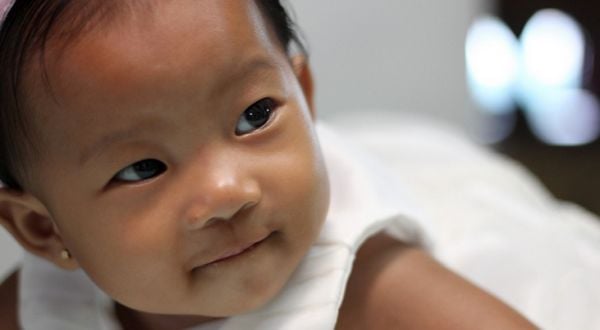 Now its Democrat-majority legislature is planning another precedent-setting move – the removal of all rights from an entire class of living beings in order to make sure abortion remains available at any time for anyone.

Already, James Dobson of James Dobson's FamilyTalk radio is urging residents to contact their representatives and senators about HB22-1279.

He said the Democrats are "on the verge of passing the most radical abortion law in the country.

Axios reported the move is in response to proposed laws in other states that "add restrictions on abortion."

But Colorado's law would have no impact on others states' laws, and its only effects would be to make the state a magnet for the lucrative abortion industry.

Axios said the American abortion industry is concerned the Supreme Court will overturn Roe v. Wade this year, and its key players want to embed their revenue stream in state law at least, state constitutions if they can.

In fact, Democrats in Coloardo are discussing a constitutional amendment to put before voters in 2024.

State Sen. Julie Gonzales, a Democrat from Denver and a sponsor of the new death law, said, "In a world in which Roe v. Wade falls we want to make it clear … that access to abortion care in Colorado is protected."

Also in the race to promote abortion at the state level is Maryland.

WND reported this week on plans there to allow babies to die after they are born.

The concept actually isn't new. Every few months or years, some extremist brings up the idea of allowing abortion after birth. It's relatively easy to discard when some loner at a university on the other side of the world discusses a wild-eyed plan.

But now, the American Center for Law and Justice said that an American state is considering the idea.

According to the team of legal experts, "The Maryland legislative session is in full swing, and once again, abortion advocates are pushing their radical abortion agenda. Recently, we told you about the testimony we presented against Maryland House Bill 1171, which is attempting to codify Roe v. Wade in the Maryland constitution. Now, we’re preparing to submit testimony on Maryland Senate Bill 669 – also known as the Pregnant Person’s Freedom Act of 2022."

That bill, at first glance, looks like it simply changes "woman" to "pregnant person" in its references.

But its provisions to prevent a "pregnant person" from being investigated for "terminating or attempting to terminate" her own pregnancy is where the plan gets lethal.

"The bill also proposes a revision of the fetal murder/manslaughter statute that would serve to handcuff the investigation of infant deaths unrelated to abortion. In other words – this bill will effectively legalize infanticide," the ACLJ reported.

"The exact language of the bill states: 'This section may not be construed to authorize any form of investigation or penalty for a person . . . experiencing a . . . perinatal death related to a failure to act.' (Emphasis added). In other words, a baby born alive and well could be abandoned and left to starve or freeze to death, and nothing could be done to punish those who participated in that cruel death," the organization's report explained.

"The bill also includes a section that would allow 'a person [to] bring a cause of action for damages if the person was subject to unlawful arrest or criminal investigation for a violation of this section as a result of . . . experiencing a . . . perinatal death.'"

So, the ACLJ reported, "if a baby died because it was abandoned and police investigated and eventually arrested the person responsible for the baby’s death, then the woman could sue the police and get monetary damages for having been investigated and arrested."

The report said even worse is that the language in the bill "is without clear definition," so "the bill could prevent any investigations into the death of infants at least seven days AFTER their birth, and may extend to infants as old as four weeks!"

It's because "perinatal" isn't defined in the bill and medical tomes say it starts at the "20th to 28th week of gestation and ends 1 to 4 weeks after birth."

Since the state already has a "safe haven" law, allowing a mother to give up an infant without penalty, "there is absolutely no reason for Maryland Senate Bill 669’s attempt to prevent someone who lets their baby die from being investigated."

The ACLJ reported that because of concerns that it raised, the "perinatal" language is being removed from the S.B. 669 plan, but an identical bill still is pending in the Maryland House.