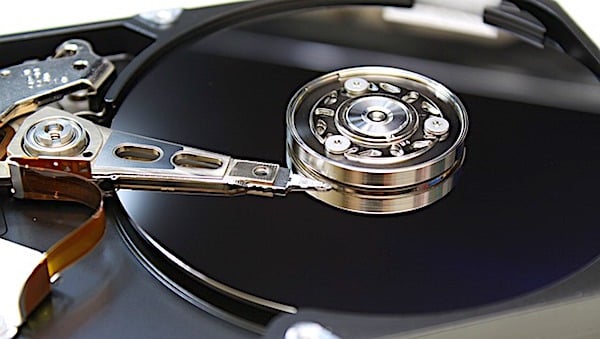 (Image by MH Rhee from Pixabay)

Amazed that a top FBI cyber official has no idea where Hunter Biden's laptop is after the bureau took custody in late 2019, U.S. Rep. Matt Gaetz, R-Fla., on Tuesday motioned during a House hearing to enter the contents of the first son's computer into the congressional record.

Initially at a loss for words, Democratic Chairman Jerry Nadler of New York objected to the unanimous consent request after consultation, insisting further "investigation" was needed.

Gaetz repeatedly asked the FBI cyber division assistant director, Bryan Vorndran, if he knew the whereabouts of the laptop that is at the center of a Justice Department investigation into Hunter Biden's lucrative business deals.

"I don't know that answer," the FBI official said.

"That is astonishing to me," Gaetz said. "Has FBI cyber assessed whether or not Hunter Biden's laptop would be a point of vulnerability, allowing America's enemies to hurt our country?"

Vorndran replied: "Sir, the FBI cyber program is based off of what's codified in Title 18, Section 1030, a code which talks about computer intrusions."

The FBI official insisted that Hunter Biden's laptop is "not within the purview of my investigative responsibilities."

"But that is shocking that you wouldn't, as the assistant director of cyber, know whether or not there are international business deals, kickbacks, shakedowns, that are on this laptop that would make the first family [subject] to some sort of compromise," Gaetz said.

Many defenders of the president have dismissed the "laptop scandal" as a matter personal to Hunter Biden. But the evidence from the computer and the testimony of key figures in the deals indicate Joe Biden is the true head of a family business that has traded on access to the White House with corrupt officials and oligarchs.

The scandal is further exacerbated by the fact that Hunter Biden has confessed to an eminently blackmail-able, out-of-control lifestyle fueled by hard drugs and prostitutes.

The renewed interest in the laptop has come in the wake of a New York Times report confirming that the contents of the laptop are authentic.

"Sir, we have multiple lines of investigative responsibility at the FBI," he replied. "They're all available and public sourced."

Gaetz argued that Vorndran, as a top bureau official, should know about this case in particular, because it involves the president's son engaging in business deals in China and Ukraine that reference the current president himself.

"I mean, have you assessed whether or not the Hunter Biden laptop gives Russia the ability to harm our country?" the congressman asked.

"Sir, again," Vorndran replied, pausing. "We can do this back and forth for the next couple of minutes. I don't have any information about the Hunter Biden laptop or the investigation."

Vorndran insisted that according to the FBI's leadership chart, as the assistant director of FBI cyber, he has no connection to the laptop investigation.

But Vorndran refused to display any of the enthusiasm that Gaetz thought worthy of the task, repeatedly insisting that the Hunter Biden matter was not in his purview.

Gaetz argued that the "cyber infrastructure" of the first family undoubtedly is worthy of protection.

'Pending further investigation'
The congressman then sought unanimous consent to enter a portable hard drive with the contents of the laptop – which he held up for the committee to see – into the congressional record.

Nadler replied, "I'm not ... ." Then, after consultation, the chairman said, "We will object pending further investigation."

"What is the basis of that objection?" Gaetz asked.

After a back and forth, he concluded: "It may very well be entered into the record after we look at it further."

Before his time expired, Gaetz did successfully enter into the record the repair shop receipt for Hunter Biden's laptop.

Last week, former U.S. Attorney General Bill Barr said Joe Biden lied when he told Americans during a presidential campaign debate in October 2020 that the laptop with damning evidence of his complicity in an international family influence-peddling scheme was part of a "Russian disinformation" operation.

The New York Post reported, only weeks before the November 2020 election, that messages on Hunter Biden's laptop indicated Joe Biden not only knew about his son's lucrative deals but also profited from them.