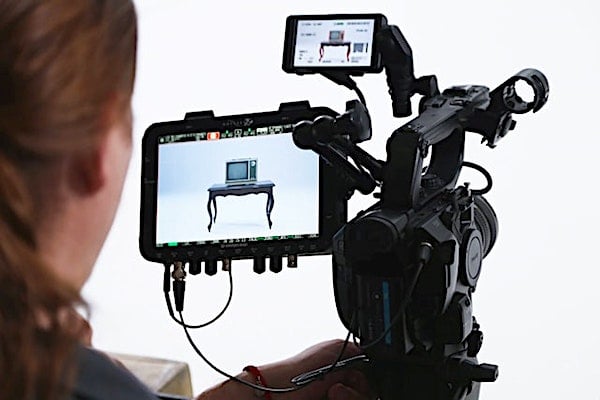 (Photo by Brands&People on Unsplash)

Only recently has it been revealed that one of the "vaccines" for COVID-19, pushed by the federal government and pharmaceutical industry on Americans, many unwillingly, over the past two years can cause acute kidney injury, acute flaccid myelitis, anti-sperm antibody positive, brain stem embolism, brain stem thrombosis, cardiac arrest, cardiac failure and cardiogenic shock.

And now it has been revealed that while Americans were facing those life-and-death threats, the federal government was paying news outlets $1 billion to promote the experimental shots.

The Blaze reported through a Freedom of Information Act procedure, it found that the government purchased advertising from ABC, CBS and NBC as well as cable news stations Fox News, CNN and MSNBC, "legacy media publications including the New York Post, the Los Angeles Times, and the Washington Post, digital media companies like BuzzFeed News and Newsmax, and hundreds of local newspapers and TV stations."

The report explained, "These outlets were collectively responsible for publishing countless articles and video segments regarding the vaccine that were nearly uniformly positive about the vaccine in terms of both its efficacy and safety."

Chairman Mat Staver of Liberty Counsel, which has been active in fighting COVID-19 shot requirements, said, "People have been injured and died as a result of the most extensive propaganda campaign in U.S. history and it was paid for with our taxpayer dollars.

Did most media outlets promote COVID shots because the government was paying them?
100% (777 Votes)
0% (2 Votes)

"These COVID shots are neither safe nor effective. However, the American public has been given propaganda instead of truth from the news media. Sadly, most of the American corporate media has been paid off by the Biden administration to publish propaganda. The consequence is that many people have needlessly suffered as a result of the censorship and propaganda."

Liberty Counsel explained that according to the investigation, Congress appropriated $1 billion in fiscal 2021 for the secretary of health to hand out in attempts to "strengthen vaccine confidence in the United States."

"Then hundreds of news organizations were paid by the federal government to advertise for the shots as part of a comprehensive media campaign by the U.S. Department of Health and Human Services," the organization reported.

The massive flood of money created a "national initiative to increase public confidence in and uptake of COVID-19 vaccines," the report said, by having "trusted messengers and influencers" speak to news organizations to "provide factual, timely information and steps people can take to protect themselves, their families, and their communities."

The Blaze reported the newsrooms then did not tell their audiences that they were getting paid to promote the vaccination agenda, as "common practice dictates that editorial teams operate independently of media advertising departments and news teams felt no need to make the disclosure, as some publications reached for comment explained."

The Blaze report explained federal law allows HHS to hand out money to "carry out a national, evidence-based campaign to increase awareness and knowledge of the safety and effectiveness of vaccines for the prevention and control of diseases, combat misinformation about vaccines, and disseminate scientific and evidence-based vaccine-related information, with the goal of increasing rates of vaccination across all ages ... to reduce and eliminate vaccine-preventable diseases."

Some of the ads, the report said, were "fear-based," in which patients were allowed to warn others to take the experimental shots.

Some, including Shani George of the Washington Post, said the newsroom is "completely independent" from advertising personnel, and the Los Angeles Times issued a similar comment.

Another article advised readers how they could "convince vaccine-hesitant people in their lives to change their minds."

The Blaze reported, "Since the COVID-19 vaccines manufactured by Pfizer-BioNTech, Moderna, and Johnson & Johnson were given emergency approval for use in the United States last year, more than 215 million Americans have been fully vaccinated against COVID-19. An estimated 94.6 million people have also received at least one booster dose. About 65% of the U.S. population has now been fully vaccinated against COVID-19, including 75% of U.S. adults and 88.8% of seniors."

According to Liberty Counsel, Emerald Robinson, an independent journalist who used to be the chief White House correspondent for Newsmax and One America News, reported she was contacted by a whistleblower inside Newsmax who confirmed that Newsmax executives agreed to take the money from Biden’s HHS to push only positive coverage of the new COVID shots."

Liberty Counsel reported "Robinson was also contacted by top Newsmax executives in 2021 and told to stop any negative coverage of the COVID shots. Newsmax told her 'it was problematic' and she was warned many times by multiple executives. She was also contacted by PR experts who worked with Newsmax and was told that medical experts and doctors who might say negative things about the injections would not be booked as guests."

Liberty Counsel reported that a federal judge now has ordered the Food and Drug Administration to release information it used to license the Pfizer/BioNTech injections, and the first 55,000-age page release included a 38-page report on the lit of 1,291 side effects.

Liberty Counsel said the Centers for Disease Control and Prevention "also recently admitted that it withheld critical COVID-19 data from the public because the agency thought it would be 'misinterpreted' and cause 'vaccine hesitancy' since it weakens the case for booster shots in certain demographics. Apparently, the CDC has been collecting detailed data on COVID-19 infections in the United States and organized it by age, race and vaccination status. However, the agency withheld detailed information to the public about breakthrough cases, hospitalizations and deaths, which it has been collecting since the beginning of the COVID shot rollout in 2021."

A CDC spokeswoman recently told the New York Times that the data was withheld for "fear that the information might be misinterpreted."

The Blaze said, "virtually all of these newsrooms produced stories covering the COVID-19 vaccines, the taxpayer dollars flowing to their companies were not disclosed to audiences in news reports."